A Decade of Relentless Searching 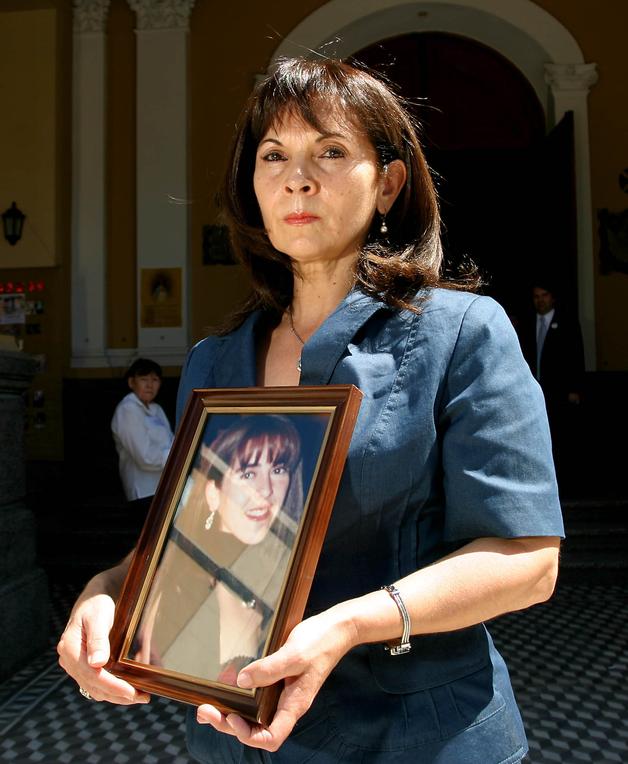 On April 3, 2002, Maria de los Ángeles Veron disappeared just a few blocks from her home in Argentina. Neighbors lent some information about what they saw but many have refused to testify and provided only vague accounts. Just before she went missing, Maria, known in Argentina as Marita, was having breakfast with her mother. She left the house for an appointment at the hospital and promised to return within the hour. Marita was last seen by a neighbor who reported seeing a red car stop beside Marita as she was walking down her street; the neighbor refuses to say more. A carpenter corroborated these details and reported his sighting to Marita’s mother, Susana Trimarco. The carpenter has since vanished, “as if the earth just swallowed him whole.” This is surely enough to frustrate any mother. The unanswered questions and the missing pieces sparked Susana’s relentless search which began a decade ago.

Seven men and six women are currently on trial and have been accused of various crimes relating to Marita’s disappearance. The trial began last February and is expected to conclude in early November. The prosecution believe that Marita’s captors were involved in Argentina’s human trafficking industry. The defense’s disturbing strategy is pushing the theory that Susana herself is a prostitute who voluntarily sold her daughter into sexual servitude. At the time of Marita’s disappearance, prostitution was, and still is, legal in Argentina so the assumption was that women knowingly and sometimes voluntarily entered into these activities.

Since her daughter’s disappearance, Susana has stopped at nothing to both challenge and reform Argentina’s human trafficking market. She instituted the Maria de los Ángeles Foundation to help the families of missing victims by immediately recruiting judicial intervention and police assistance. The foundation’s lobbying efforts are largely responsible for the 2008 reform which made human trafficking a federal crime in Argentina.

According to United Nations reports, human trafficking generates more than $31.6 billion each year and is the second most lucrative illicit global market after the drug trade; 2.5 million people are trafficked each year. Since 2008, more than 3,000 people have been rescued in Argentina during police raids on the country’s black market (Susana’s foundation offers police training specifically aimed at human trafficking prevention and/or rescue services). La Fundación María de los Ángeles.

Susana herself has rescued more than 150 girls. When asked about the concern for her own danger, Susana’s reply is powerful and unyielding: “I don’t care if they kill me…my immense love for Marita is bigger, stronger, and more powerful than anything these people can do to me.” It should come as no surprise that this woman has, for the past ten years, wholly committed herself to the search for her daughter. Dissatisfied with police efforts, Susana dressed up as a prostitute and visited bars (that were also brothels) to pose as an interested buyer of minors. The female trafficker told Susana that each girl would cost her 3,500 pesos (roughly $900) or more. Susana would then inform the police who would then save many of these other girls. But she could not do the same for her Marita.

In 2003, Susana got a tip that hundreds of victims were being sent to Spain. She hopped on a plane and investigated what she could. Susana again managed to rescue girls, approximately 25 this time.  She was able to save families from the same pain she couldn’t escape, the same pain that kept her search going. Yet, still no sign of her daughter.

Despite the repeated threats from men (threats to burn her house down or cut her head off), Susana’s commitment to crack down on the human trafficking trade continues. At this point, Marita’s family believes that Susana’s relentless search has made her daughter “too valuable” to kill. While Susana may be another decade away from finding her daughter, her impact on human trafficking is irrefutable. Prior to Susana’s fighting response, the Argentinian government largely ignored trafficking within its borders. Susana has ensured that her government no longer looks the other way while this prominent black market plucks women right out of their homes, their lives.  “Trimarco is proud of the fact that the tragedy of Marita’s disappearance was also the beginning of a process of reckoning in Argentina, an acknowledgment that thousands of people, most of them young girls, are kidnapped each year and sold into sexual bondage.”

Susan Trimarco, much like our very own Beth Holloway, is an inspiration. She fought back when faced with her worst nightmare and her relentless efforts will assure that Marita is never forgotten. Newsweek.