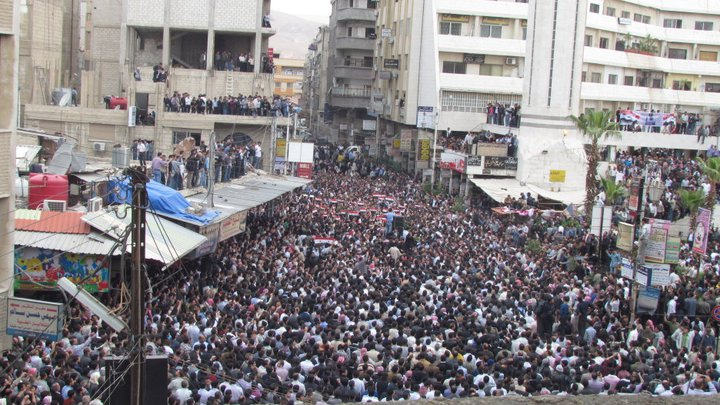 The crisis surrounding Syria began in March of 2011, arising out of protests demanding Syrian President Bashar al-Assad’s resignation. On Wednesday, President Bashar al-Assad spoke in front of the five-nation BRICS forum meeting in South Africa (consisting of Brazil, Russia, India, China, and South Africa), requesting their help to end Syria’s two-year conflict. His request came “a day after the Arab League had endorsed Syria’s Western-backed opposition coalition” Assad specifically asked the forum to “work for an immediate cessation of violence that would guarantee the success of the political solution in Syria.” Throughout the course of this uprising, Syria has faced Arab, regional, and western nation backed acts of terrorism.

So far, peaceful attempts to resolve the crisis have failed to make any positive strides. The main opposition, the Syrian National Coalition, stated that it would not accept anything less than President Assad’s resignation, while Assad’s government has vowed to continue fighting until the rebel forces are weakened and crushed. The opposition has taken over Syria’s seat in the Arab League at a summit in Qatar; this ascension to the league illustrates the “extent of the regime’s isolation two years into a ferocious civil war that the U.N. says has killed an estimated 70,000 people.”

The summit in Qatar “endorsed ‘the right of each state’ to provide the Syrian people and the rebel Free Syrian Army with ‘all necessary means to…defend themselves, including military means.’” The opposition faces divisions among their ranks and is also disconnected from the rebel forces fighting within Syria, “so it’s not immediately clear how the developments in Qatar would translate on the ground.”

BRICS countries oppose any type of foreign intervention in Syria. In addition, Russia, China, and South Africa have voted in opposition of UN Security Council Resolutions in regards to Syria. In his letter, Assad claims the sanctions imposed upon his regime by Europe and the United States have “directly affected the lives of our people” and “urged BRICS leaders to exert every possible effort to lift the suffering of the Syrian people.” Do you believe that the US and European Countries have an obligation to assist Syria?

In Syria, activists groups have reported violence throughout the country. These areas include Damascus and the Southern Queneitra region along the cease-fire line separating Syria from Israeli-occupied Golan Heights. This continued violence begs the question of whether international intervention is necessary to help restore order and peace in Syria.