Surfing the Wave of Net Neutrality 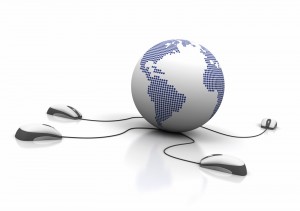 Net neutrality has been a prevailing issue since the dawn of the internet and the creation of high speed internet access. Internet Service Providers (ISP), such as Verizon, have the capabilities of providing faster internet speeds to customers who are willing to pay higher prices, which would create a huge gap between services of the haves and have nots.

The FCC has recognized this possibility and in December of 2010 issued an Open Internet Order, an 87-page set of instructions directing ISP’s not to block or to unreasonably discriminate against any type of Internet traffic deemed not harmful to the system. The only exception is “reasonable network management,” which allows companies to do what needs to be done to keep their network running. While incidences of discrimination are little, totaling to about six documented occurrences, the potential for abuse is even more troubling. Without net neutrality, big companies, such as Google and Facebook, have the resources to fund faster broadband connections and bring a better service to individuals. This would threaten similar and smaller companies from competing with these big companies, because they will be unable to provide the same services to individuals at comparable speeds. Effectively, this would prevent innovation and creativity by preventing people from starting online businesses.

The fear of the FCC, and world governments, are not unfounded and the response has not been limited to the Untied States. European Countries, such as the Netherlands and France, have recognized the potential for abuse and instituted several governmental regulations to support net neutrality and give every customer equal access to the internet.

While oral arguments have already been presented to the United States Court of Appeals for the District of Colombia Circuit this week, rulings to uphold the Open Internet Order could go either way. If the FCC is to prevail, every customer will maintain equal access to online services; however, if Verizon gets a favorable ruling, ISP’s could potentially deepen the divide between the rich and poor consumers allowing better access to those who are willing and able to pay the money.

What do you think? Should governments regulate the internet at all or is the FCC going beyond its own authority? Does the potential discrimination pose unforeseen risks to smaller companies that want to provide similar services that bigger companies provide? Should the United States follow those of the international community who have instituted net neutrality regulations?