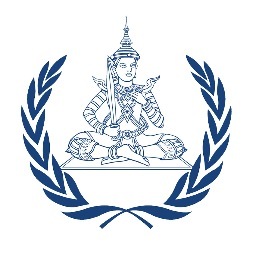 Recently, the ECCC has been catching international attention from its widespread strike and its possible effect on their case prosecuting high-level Khmer Rouge leaders. However, many know little about this unique hybrid court. The Extraordinary Chambers in the Courts of Cambodia was established in response to the Khmer Rouge Regime. In 1997, the Cambodian government asked the United Nations for help in creating a tribunal to prosecute Khmer Rouge leaders. Cambodia’s weak legal system needed international assistance but asserted that the court should be housed in Cambodia and use Cambodian staff. The tribunal practices with a limited scope: lower level regime members will not face the court.

The Khmer Rouge Regime lasted from 1975 to 1979. Approximately 1.7 million people, one-third of the Cambodian population, died in the genocide.  Cambodians died from starvation, disease, overwork, and execution. The regime outlawed religion, education, and currency.

In September 2013, 100 ECCC staff members went on strike after not being paid for three months. They also went on strike in March of that year. The tribunals funding comes from voluntary contributions and the United Nations Secretary General urged international donors to support the tribunal. The strike recently ended after the tribunal secured a loan. The Khmer Rouge trials can be greatly affected by any sort of delay. Defendants Nuon Chea is 87 and Khieu Samphan is 82 years old; a third defendant passed away in March. Two other commanders died while awaiting trials in previous cases. Critics are concerned about the pace the trial is going and argue the existence of leniency based on the ages of the defendants and their eagerness to cooperate.

Prosecutors swiftly put to bed the leniency claim requesting life sentences for the defendants on Monday; the tribunal does not issue death penalties. The tribunal’s first and only conviction resulted in an initial sentence of 30 years in prison, thus life sentences can be seen as harsh. The trial should wrap up by the end of the month and a ruling is scheduled for early 2014.

Do you think the ECCC’s financial status has an effect on how they approach their cases? Do you see another strike in the ECCC’s future? Is the tribunal worthwhile? (Its 2012 operating costs amount to $92 million and the court does not demand financial compensation to victims…)