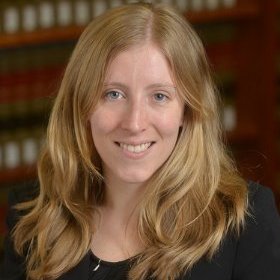 There is a wealth of scholarship on the independent influence of the adversarial and inquisitorial systems on both substantive and procedural international criminal law and the tensions that have resulted from attempting to apply both in one new amalgamated procedural system in the international criminal law arena.  This article seeks to embrace the influence of both the adversarial and inquisitorial models of procedure in the creation of international criminal procedure (ICP) in its modern conception as a new body of procedural law, yet to move beyond existing literature to identify a spectrum of ICP falling between the absolute adversarial model and absolute inquisitorial model. The idea of a sliding scale between the two pure systems is not new, but this article seeks to establish this scale in concrete terms and to contribute to this discussion by plotting three of the international courts and tribunals onto this scale, to identify convergences, similarities and differences in the procedures adopted across those courts.   As its principal claim, this article asserts that ICP is characterized by a fundamental structural shift in the allocation of power between the actors in a criminal trial – the judges, Prosecution and defense – away from that traditionally ascribed under an adversarial system and towards the power distribution structure more common to the inquisitorial system.  By looking at the Statutes and RPEs of the International Criminal Tribunal for the Former Yugoslavia (ICTY), the International Criminal Court (ICC) and the Extraordinary Chambers in the Courts of Cambodia (ECCC), it is possible to identify varying degrees of power shifts in each court: across each we see a convergence around the transferal of procedural powers away from the individual parties and into the hands of the judge(s), shifting the power structure away from adversarial norms in favor of more traditional inquisitorial role assignments.