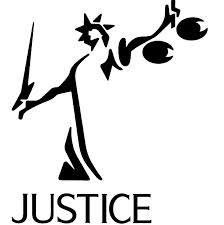 In order to protect those who have been accused of crimes, advocates must also be provided with protection from those who challenge their line of work. In Pakistan, a human rights attorney, Rashid Khan Reham was gunned down and killed by unknown attackers. Reham worked for the Human Rights Commission of Pakistan for more than 20 years. Before his murder, Reham had been working on a defense case for a teacher who was charged with violating the blasphemy laws of Pakistan.

Under the Penal Code of Pakistan, the blasphemy laws specifically target any offenses committed against the religion of the country, Islam. The Penal Code prohibits any person from damaging or defiling a place of worship. Furthermore, outrageous feelings and defiling the Quran or any other sacred object is also forbidden.  However, there has been a cry out for reform of the penal code due to its harsh and draconian methods. For simply speaking up in a gathering of friends, one could find themselves imprisoned or sentenced to death. In March of 2014, Savan Masih, a Christian road sweeper was sentenced to death by hanging under the blasphemy law and fined 200,000 rupees for making blasphemous remarks during an argument.  The arrest of Masih created a two-day riot in his neighborhood of Lahore, which caused 200 Christian homes to be burned down by the mob. All this happened because of a simple dispute between two friends.

Advocates such as Reham who take on blasphemy cases such as Masih’s are usually subject to death threats from extremists and fundamentalists. Most of the time defense advocates or even witnesses who are trying to provide aid to the accused are made to withdraw from the case in fear for their lives.  Judges assigned to these types of cases are often in fear to hear these matters because of the potential danger they may face.  The United Nations is now urging the Pakistani government to provide a double effort for their community, by both making efforts to prevent more deaths such as Reham’s from occurring and to increase its investigative efforts in order to bring the perpetrator’s to justice. By completing these goals, the government would be sending a message to the people that this type of conduct will not be tolerated.