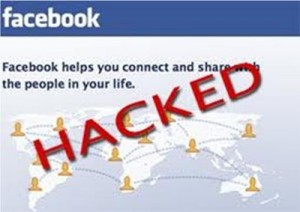 The military is using Facebook to track users in more ways than one.  High-level U.S. intelligence officials say that social network data has become one of the most important tools that they use in collecting intelligence.

The military is zoning in on statuses and even examining what mood users are in.  A recent study from Cornell University determined that emotional contagion is spreading like wildfire.  In other words, emotional states can be transferred from one person to another through statuses on Facebook.

Lt. Gen. Michael Flynn, the director of the Defense Intelligence Agency said that the U.S. military has “completely revamped” the way it collects intelligence around social media.  “The information that we’re able to extract from social media — is giving us insights that frankly we never had before,” he said.

Social media outlets like Facebook and Twitter have changed the face of intelligence gathering.  A company outside of Austin, Texas, called SnapTrends, even provides for a “social listening” service that analyzes posts to provide insights about the circumstances of the poster and his or her location.  The Company’s director stated that the tool was extremely helpful during the Boston Marathon Bombing in 2013. Using social network analysis, “we found the college kids that had access to the computers [owned by the suspects]. We were able to get to them first,” said Todd Robbins, the director of the defense military intelligence for companies including GDIT and SnapTrends.

Think about it, one status or tweet and they can find you.  “If it’s a dense environment, I can put you within a block.  If it’s a [bad] environment I can put you within two or three blocks,” said Robinson.  Even if you are not a criminal this type of invasive technology might make you to think twice before you post the plate of food you thought was noteworthy.  What do you think about the military following your posts when you cannot block or un-friend the agency?