Drones: the Jekyll and Hyde of Current Technology 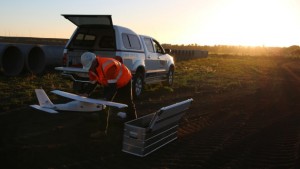 Unmanned aerial vehicles (UAV) have made their media debut in the negative light that military drones have cast. This controversial new military tactic has welcomed controversial debates, as most recently they are being used in the Hamas/Israel conflict. But, drones vary greatly by types, uses, and potential abilities. The commercial possibilities of UAVs are becoming a hot topic and source of investment, and inevitably bring a need for new laws and regulations.

“The Federal Aviation Administration’s current policy is based on whether the unmanned aircraft is used as a public aircraft, civil aircraft or as a model aircraft.” They include government uses, commercial uses, and recreational uses. Under present United States Federal Aviation Administration rules, “you can legally fly drones for recreational purposes, as long as you comply with certain basic guidelines — such as keeping well clear of airports.” But commercial uses are greatly restricted and are only allowed per rare special permits.

“The FAA is developing regulations to permit the widespread commercial use of drones while protecting privacy and preventing interference with larger aircraft. As part of this process, the FAA in December selected six test sites around the country where research on drones will be conducted in a variety of environments.” There is always possibilities of drones malfunctioning and falling to the ground, which is an obvious potential risk. Hopefully research and testing can help eliminate most dangers.

In China, a bakery was using UAVs to deliver cakes to customers. Authorities recently put a stop to the deliveries due to fears that the UAVs could put the public in danger. However, the company plans to pursue clearance from the civil aviation authority and local police, and continue their innovative delivery services.