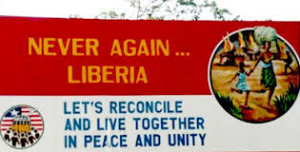 One of the biggest questions in International Human Rights Law is how does the international community effectively prosecute those they feel have committed crimes against humanity? How can we prosecute internationally without offending state sovereignty? The answer is Universal Jurisdiction. Universal Jurisdiction it the principle that national courts may prosecute for international crimes even in the crimes were committed abroad by foreigners and against foreigners.  Humans Rights Watch recently conducted a report on the effectiveness of these international courts, which can be found here. These International Courts are important for prosecuting alleged war crimes and crimes against humanity. However, trying individuals from other nations inherently offends our idea of state sovereignty. Sometimes, there is no other avenue for these victims of crimes to seek justice.

Just recently Belgium used the principle of universal jurisdiction to arrest Martina Johnson, former commander of the rebel National Patriotic Front of Liberia (NPFL). Johnson is the first Liberian arrested for crimes that were committed during Liberia’s first civil war. Johnson was living in Belgium when she was arrested and is expected to appear before a Belgium judge. The criminal complaint was filed in Belgium in 2012 on behalf of three victims. The complaint alleges that Johnson was personally responsible for mutilation and mass killings in 1992. The Liberian government has made no attempt to prosecute anyone for the crimes committed in violation of international law and there is serious question if the courts are even equipped to do so. Liberia’s Truth and Reconciliation, a commission aimed to “promote national peace, security, unity, and reconciliation, recommended the creation of an international tribunal court. The international tribunal court would prosecute past crimes using a hybrid  of Liberian and foreign judges. The tribunals would operate similarly to the ones established in Rwanda and Yugoslavia.

Are these hybrid tribunals an effective form of prosecuting international crimes against humanity? Do these tribunals weaken the judicial systems within the home country? Can you think of another approach to prosecuting the alleged crimes that took place during Liberia’s civil war?