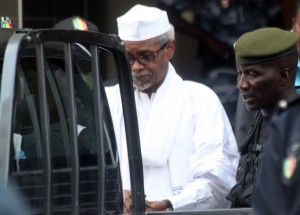 Former Chadian president, Mr. Hissène Habré ruled Chad from 1982-1990. Until this day, he was not prosecuted for the atrocious crimes against humanity he committed. President Habré went into exile in Senegal, and has been hiding from justice there since the time he was overthrown. During his rule thousands of Chadians were subjected to torture, unlawful killings, and numerous other human rights violations. So why did it take over twenty years for this man to be arrested?

In 2012, the United Nations International Court of Justice (ICJ) ruled that Senegal must prosecute Habré for war crimes without further delay at the request of Belgium. Belgium previously sought to extradite and prosecute the former president, but these efforts were unsuccessful. Senegal came up with many excuses about its incapability to try Habré. Finally, after tireless efforts of many attorneys representing the surviving victims, Habré was arrested in Senegal on June 30, 2013. He currently awaits trials after 22 years in fairly comfortable exile.

According to figures gathered by Reed Brody, who is a counsel and a spokesperson for Human Rights Watch, Habré is responsible for deaths of 1,208 people who were killed or died in detention, and 12,321 victims of human rights violations. It seems grossly unjust that a leader, who among many other crimes ordered ethnic cleansing, was able to hide for so long. A major breakthrough occurred on November 2, 2014, when 141 human rights groups from 32 countries issued an open letter expressing support for the efforts of Senegal and African Union to bring Habré to justice.

This letter is important especially because African countries often criticize the International Criminal Court for selectively targeting them. It also calls for fair and transparent trials for Habré administration officials. This letter should aid in urging Chad and all African governments to comply with ICC efforts. Why do you think that it took so many years to prosecute Habré? What can be done to prevent such injustice in the future?