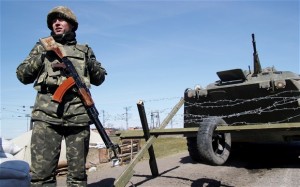 When Russia began intervening with Ukraine’s control over Crimea, it cited the need to protect nationalists abroad who were being underrepresented. Today, the Russian-occupied Crimea is not embracing Russia’s intervention as Russia claimed it would.

Crimean residents who wish to remain Ukrainian citizens are facing serious human rights violations. Currently, citizens are given one month to decide whether to become Russian citizens. The alternative is to be treated as a foreigner in your own country. Citizens wishing to retain their Ukrainian citizenship are facing barriers that include obtaining residence status. Additionally, as Ukrainian nationals, they will be prevented from holding government posts and will not have the choice if required to join the army.

The United Nations recognizes Crimea as a part of Ukraine. In fact, “under the 1949 Geneva Conventions, territory is considered “occupied” when it comes under the control or authority of foreign armed forces, whether partially or entirely, without the consent of the domestic government. Russia’s presence and effective control over Crimea, in the face of Ukrainian opposition and objection, constitutes a belligerent occupation”.

Even if Russia’s occupation was not considered as belligerent, “an occupying power is forbidden from seeking to make a permanent change to the demographics of the occupied territory and from compelling the inhabitants of an occupied territory to swear allegiance to the occupying power or to serve in its armed or auxiliary forces, as well as from engaging in any “pressure or propaganda which aims at securing voluntary enlistment.”

Moreover, “the occupying power has to maintain the laws in force in the territory at the time of occupation and cannot modify, suspend, or replace them with its own legislation unless it is absolutely prevented from doing so.”

The situation in Crimea is far from being resolved. How should the international community respond?