Reflections of the World Bank’s Report on the Treatment of the Insolvency of Natural Persons in the Newest Consumer Bankruptcy Laws: Colombia, Italy, Ireland by Jason Kilborn 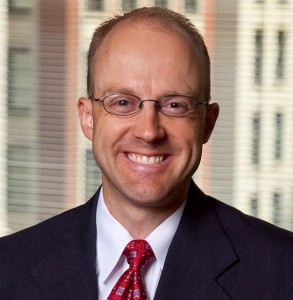 Today, Pace International Law Review presents Professor Jason Kilborn as their guest blogger and a featured author in PILR’s Winter Commercial Edition. Jason Kilborn is a Professor of Law at John Marshall Law School in Chicago and is serving his second four-year term as the Van der Grinten Chair in International and Comparative Insolvency Law at the Radboud University in Nijmegen, The Netherlands.  In Fall 2011, he was the Robert M. Zinman Scholar in Residence at the American Bankruptcy Institute.  Professor Kilborn has concentrated over a decade of academic research on a comparison of bankruptcy and insolvency in the U.S. with similar systems in Europe and elsewhere in the world.  He has written numerous articles and a book on comparative bankruptcy for individuals (including an analysis of Islamic law, shari’a).  Professor Kilborn chaired the drafting group for the World Bank report described in this paper, and he has advised several national governments on their development of personal insolvency laws.  His current article will be featured in the 3 issue of the 26 volume of Pace International Law Review:

In global law reform, indirect persuasion can be equally as effective—with far less criticism and pain—as direct intervention through “conditionalities” tied to aid.  The IMF and World Bank have faced widespread criticism for what some have challenged as heavy handed requirements for direct financial assistance.  They have commonly imposed on client developing countries austerity measures and “modernization” of legal and financial systems, creating a not surprising measure of resentment among both politicians and the public at large.

A recent law reform project led by the World Bank demonstrates a softer and more cooperative approach, with an impressive record of early success.  The IMF and World Bank have long been concerned about structural impediments to financial development.  The global financial crisis thrust into the spotlight one particular legal impediment:  The lack of an effective legal regime for treating the many ills of excessive debt, not only among businesses, but among individuals, or “natural persons.”  The absence or ineffectiveness of systems for treating the ills of personal insolvency (what we in the US would call “consumer bankruptcy”) produce a wide variety of negative effects for financial development.  That became particularly clear as the aftershocks from the global recession disrupted the lives of the millions of individual people on whom national economic activity and growth depends.

In response, the World Bank initiated in January 2011 its first-ever examination of the policies and characteristics of effective insolvency systems for individuals (natural persons).  It convened a large group of experts from around the world to produce a report reflecting the state of the art in world personal insolvency regimes.  Focusing on the issues most salient in personal, as opposed to business, insolvency, the group set out to identify the range of approaches pursued by various countries to date and to suggest which approaches seemed to have produced the most positive, and the most negative, results.  Avoiding guidelines and direct recommendations entirely, instead the final report of this expert group simply describes the many advantages of producing an effective personal insolvency system and the objectively most and least successful provisions and approaches of such laws.

Three major themes emerge from the Report that might be cast as soft recommendations and can be tracked in legislation adopted following its publication:  (1) adopt a legal system for discharging the debts of hopelessly overindebted individuals (as many countries still have not), (2) encourage out-of-court debt settlements among debtors and their creditors, but provide institutional support for such negotiations, and (3) if a rehabilitation payment plan is to be imposed on debtors in exchange for the discharge relief, carefully moderate the demands imposed by such plans, as individual capacity for withstanding extreme austerity is limited, especially as the demands extend over long periods of time.  In any event, do not rely on judicial discretion in crafting such payment plans; rather, make a legislative policy decision as to the appropriate demands of such plans that are transparent, predictable, and uniform

Three countries adopted personal insolvency systems shortly after the publication of the World Bank’s report, and so the three themes can be tracked in the legislative history and the resulting provisions of these three new laws.  The new Colombian law offers direct evidence of the influence of the World Bank project, especially in the notion of offering a discharge of hopeless indebtedness.  The new Italian law reflects the World Bank report’s emphasis on introducing a discharge of debt, as well.  The idea of encouraging negotiated solutions is less clearly reflected here, however, especially in the rather poorly developed infrastructure for supporting such negotiations.  The Italian law also expects debtors to earn their fresh start by completing a payment plan, but the demands of such plans are not formulated with the care and sensitivity that the World Bank report had favored.  Finally, the new Irish law makes an existing theoretical discharge truly effective for the first time, and it leverages an impressive institutional structure for supporting debt settlement negotiations.  As for payment plans, the Irish approach is a mixed bag.  On the negative side, the Irish law adopts the unfavorable method of vesting the court with discretion to impose and formulate payment plans.  On the positive side, the Irish law suggests guidelines for court-imposed plans, and these guidelines were developed in an extraordinarily impressive way.

Discharging legitimate debt is and will continue to be a divisive topic.  The World Bank expressly accepted that world legislation in this area would likely continue to diverge.  The Bank’s indirect approach of encouraging policymakers to consider the strengths and weaknesses of existing laws, however, seems to have already begun to produce significant convergence.