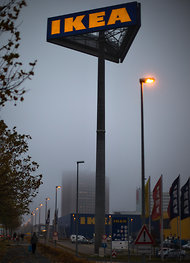 Everybody loves to save money, and for the last few decades, one of the more popular ways is to buy Ikea furniture. Unfortunately, the cost-cutting measures involved can be less than pleasant. Ikea has recently admitted that they have used East German political prisoners as forced labor during the 1980s. Although it was known that Ikea had plants in communist East Germany at the time, Ikea claimed that they “took steps to secure that prisoners were not used in production, [but] it is now clear that these measures were not effective enough.”

Even though this occurred over 25 years ago, these facts are nonetheless damaging to Ikea’s international reputation. The New York Times believes that they can even be seen as a cultural ambassador of Sweden. Ikea claims that the government, at the time, limited their inspections to hide the less humane portions of the factory. For example, visits had to be registered in advance, only some of the plant was allowed to be inspected, and there was always a government representative present.

Of course, this issue extends far beyond Ikea. Forced labor in East Germany was a serious problem, but because of the more horrific labor camps that existed during the Holocaust, these incidents receive less attention. Organizations, such as the Association of Victims of Stalinism have been trying to raise awareness of these issues in order for these force laborers to receive compensation. Moreover, many of these former forced laborers live in worse conditions than they did as prisoners of the East German government.

Although Ikea releasing this news is a major step forward in addressing a major wrong in the issue, their method of doing so is suspect. Instead of using academic experts, Ikea hired a private firm to review their records, which could be prone to bias. Moreover, very little of the material that they reviewed was released to the public afterwards.

What should be done next? Should Ikea do more to help these victims or does the current German government need to step in and help? Should they be compensated at all?