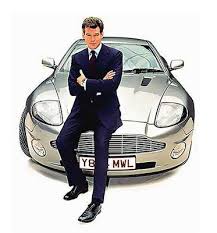 It seems Aston Martin is making tire marks outside of its recent and expected appearance in the James Bond movie Skyfall.  Despite a denial by current ownership, sources close to the deal say that there is a two-car race for a large stake in the iconic Aston Martin car brand.  The United Kingdom’s luxury car manufacturer is presently owned by a consortium led by the Kuwaiti asset management company, Investment Dar.  The two purported players are the Indian firm Mahindra & Mahindra, and European buyout group InvestIndustrial.

One source revealed that the current deal being discussed would give 40% ownership to the new acquirer, but 50% voting rights.  Mahindra & Mahindra is already in the automotive business, being India’s largest sports utility vehicle producer as well as the largest tractor maker in the world.  It recently purchased Ssangyong Motor, a South Korean SUV manufacturer, for $466m.  Mahindra & Mahindra’s motive in the deal is to increase their global visibility as well as gain access to new technology.  On the other hand, Europe’s InvestIndustrial is said to have a “trump card” in that it can offer a technological partnership with Mercedes-Benz, a very enticing advantage.  InvestIndustrial has valued Aston Martin’s equity at close to 250m Euro.

Whoever closes the deal, this move will likely give the company more capital to compete in the ever-competitive auto industry.  Auto companies need to constantly innovate, differentiate, and become more efficient in order to succeed.  However, new ownership can alter the image of car brands.  Sometimes a change in the hands of ownership can reduce vehicle quality, take a new approach to target markets, or alter the mission of the company entirely.  Will a deal absolutely help Aston Martin compete in the luxury sports car market? More importantly, will we be seeing Aston Martins in the next James Bond movie?