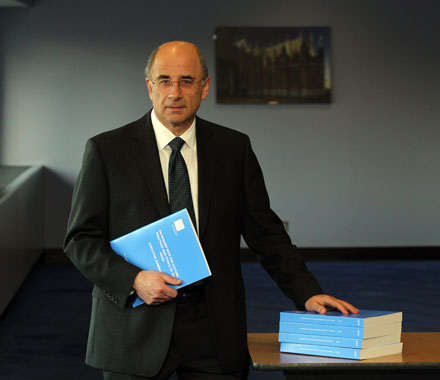 Justice Brian Leveson released a report this past Thursday, November 29, recommending that the media industry in the United Kingdom set up a press regulator, supported by legislation, to ensure that the press meets certain “standards of independence and effectiveness.” Prime Minister David Cameron asked Justice Leveson to prepare the report in response to the phone-hacking scandal by Rupert Murdoch’s News of the World tabloid. Thousands were left victim to the phone-hacking scandal which led to the closing of one of the oldest newspapers in the UK. Before the scandal, News of the World sold about 2.8 million copies each week.

In response to the report, the Prime Minister said he is reluctant to create legislation to enforce a press regulator. News International, a subsidiary of News Corp. which is owned by Murdoch, supports the Prime Minister’s stance while other government officials, such as Deputy Prime Minister Nick Clegg, believe that legislation is needed in order to ensure the regulator’s long term independence.

In his report, Justice Leveson recognizes the importance of the freedom of press and preserving the press’ role of informing the public. The proposed law would not give Parliament the right to interfere with what newspapers publish. Instead, the law would address the abuses by the press. The regulator would have the power to sanction newspapers for breaking the rules and impose fines that Justice Leveson suggests could be up to 1% of a newspaper’s turnover.

Justice Leveson’s report will spark, if it has not already, a heated debate over whether or not the UK Parliament should regulate media ethics. Even one of Justice Leveson’s advisers who helped create the report has spoken out against the Justice’s proposal arguing that it would violate the Human Rights Act.

In my opinion, Parliament should not create legislation to enforce media ethics and instead, should encourage the media industry to create its own ethical body. Justice Leveson’s proposal, I believe, is a drastic alternative to show the media that the UK does not want to be humiliated again with another News of the World scandal.

Do you think the UK Parliament should support Justice Leveson’s proposal for a press regulator?