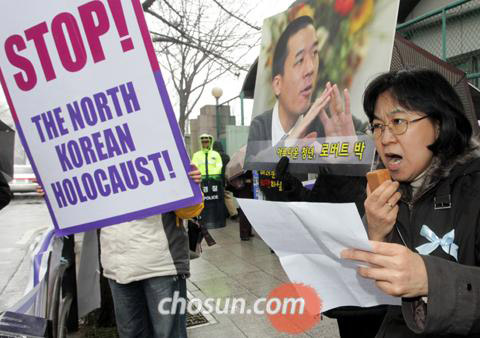 On Monday, January 14, 2013, Navi Pillay, the chief human rights official at the United Nations, requested an international inquiry into North Korea’s human right offenses committed by the government over the decades. During her plea for an investigation Ms. Pillay described North Korea as an “elaborate network of political prison camps.” Human rights organizations estimate these camps hold 200,000 prisoners.

The inmates of these camps are people who participated in peaceful activities but have been subjected to “torture and other forms of cruel and inhumane treatment, summary executions, rape, slave labor and forms of collective punishment that amount to crimes against humanity,” Ms. Pillay said.

Human rights activists were hoping for a reform after Kim Jong-un succeeded his father as the Supreme Leader of North Korea in December of 2011. However, no such changes have happened. Instead, Ms. Pillay says, “we see almost no sign of improvement,” and that North Korea’s reclusiveness has “allowed the government to mistreat its citizen to a degree that should be unthinkable in the 21st century.”

To combat these crimes human rights groups have lobbied for over a year asking for an investigation. They hope Japan will sponsor a resolution during the next session of the Human Rights Council in March. The pleas for an investigation continue since it is obvious that the the United Nations General Assembly’s resolutions condemning North Korea in 2012 did little to actually stop the human rights violations.

Taking into consideration the ease in which North Korea is willing to violate the U.N.s charter on human rights what sanctions should be levied against them? Do you think the U.N. even has sanctions severe enough to properly combat such egregious violations?