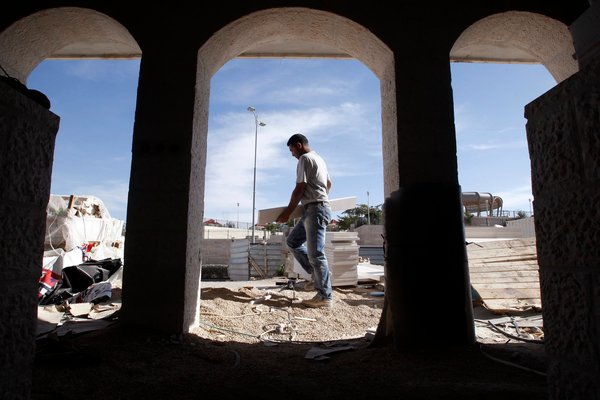 Israel has pursued a policy of “creeping annexation of the Palestinian territories through the creation of Jewish settlements.” (New York Times) This past Thursday, the United Nations reported that this practice of “creeping annexation” violates the human rights Palestine, “calling for immediate halt to all settlement activity and the withdrawal of all settlers.” (New York Times)

In a report issued by the Human Rights Council consisting of 47 nations, a panel of investigators said that Israel is “violating international humanitarian law under the fourth Geneva Convention.” (Associated Press). Despite relevant United Nations resolutions declaring Israeli settlements as illegal, the Israeli government has continued settling in territories occupied by Palestine.  The settlements are described as “a mesh of construction and infrastructure leading to a creeping annexation that prevents the establishment of a contiguous and viable Palestinian State and undermines the right of the Palestinian people to self-determination.” (Associated Press). French Judge, Christine Chanet who headed the panel, stated that Israel did not cooperate with the probe the council ordered in March and described this report as a “kind of weapon for the Palestinians” if they wanted to bring their grievances before the International Criminal Court in Hague. (Associated Press). Similarly, Pakistani Lawyer Asma Janagir, another member of the panel, reiterated the point that the Israeli settlements infringe on the right of the Palestinian people’s to self-determination.

Israel has accused the council of bias in issuing this report and stated that this report is an “unfortunate reminder of that bias.” (Associated Press).  “The report did not explicitly call for an economic boycott of the settlements or sanctions against Israel, but Israel said its authors deliberately used language that could serve groups calling for such measures.”  (New York Times) Earlier this week, Israel became the first nation to “skip its review of its human rights record by the council without giving a reason.” (Associated Press). Diplomats agreed to postpone the review. This council stated that the deferral would set precedent of how to deal with non-cooperation of nations in the future.

With that being said, I ask you to consider the following questions in preparing your response:

(1) Do you think that Palestine should bring this issue before the ICC? And if so, how do you think the court would rule on the issue of self-determination?

(2) The Israeli foreign ministry stated that “The only way to resolve all pending issues between Israel and the Palestinians, including the settlements issue, is through direct negotiations without pre-conditions.” “Counterproductive measures — such as the report before us — will only hamper efforts to find a sustainable solution to the Israel-Palestinian conflict.” …Do you agree with this statement, or do you believe that there are other ways to address this issue?