Two Things Are Certain In Life: Death and Taxes. 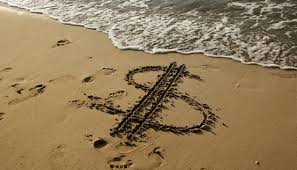 The international crack down on cross border tax evasion through the use of off shore accounts has gained some ground in recent weeks. Luxembourg, officially called the Grand Duchy of Luxembourg, is the EU’s largest tax haven. The tax havens of the world are classified as countries that provide banking services to a client base mostly made up of non residents and where there are very low or no taxes in place for the offshore accounts. Tax havens are also known for their banking secrecy laws. Luxembourg does not tax the interest gained by off shore bank accounts and their banking secrecy laws require all information about an off shore account to be considered confidential, requiring written consent of the account holder before any information may be disclosed to a third party. This could allow a person to hide their money in an off shore account thereby avoiding their government from finding it and taxing it. Grand Duchy’s financial industry is 22 times bigger than the country’s gross domestic product.

The Prime Minster, Jean-Claude Juncker recently announced however that the Grand Ducy will relax its bank secrecy rules and allow US and EU member states access to the bank details of local depositors beginning in 2015. Foreign companies will not be subject to this change. Some argue that this is in response to global pressure from the US, UK and Germany. This global push stems from 2009 when the sovereign debt crisis in the EU began and people started a capital exodus to hide their money in a tax haven. The EU is attempting to hinder continual tax avoidance by pushing for automatic transmission of information about their citizens’ foreign off shore bank accounts.

Austria’s current stance from their Chancellor, Wener Faymann, is that Austria would be willing to allow international access of information regarding foreign owned bank accounts but not for Austrian citizens. Protecting depositor’s privacy is a right enshrined in the Austrian constitution. Austria’s finance minister stated that “[i]n our constitution, privacy and data protection are very highly regarded. That does not really fit with an automatic exchange [of data]”.

This comes down to a basic question of whether one should have a right to privacy with regard to banking. It doesn’t matter that Luxemburg is changing their laws, transparency in banking is becoming a trend worldwide and what will end up happening is that a country that refuses to follow this trend will be described by other countries as one that is obviously only doing it to aid foreigners in tax evasion. International pressure would follow. On one side you have the “well if you aren’t hiding anything, then what do you care if we check?”. On the other side, some have the belief that you should be entitled to a right to privacy from what is quickly becoming a global “big brother”.

Austria’s right to privacy and data protection would pose an interesting question when an Austrian citizen is abroad and that foreign government would like information on that citizen’s Austrian bank accounts. Any agreement on automatic transmission of data between the countries would seem to violate Austria’s constitution. How would one have to format a data transmission agreement to get around that?

Would a foreign government inquiring into an American citizen’s bank account violate any of our constitutional rights?