Spinning for a Tax Bill 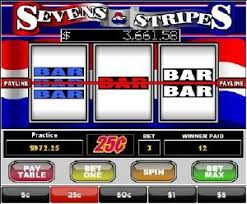 The IRS taxes Americans on their gains.  If we make more money than we spend or lose, we will be taxed on it, above a certain threshold that is.  Gambling is a unique situation in that we are “gaining” money and losing money, possibly a lot of money, in a short period of time, and in a variety of ways, in one sitting.  It would only seem fair that the IRS would calculate whether you gained or lost money in a whole gambling sitting, right?  This was not the case for non-resident foreign gamblers up until a recent ruling by the U.S. Court of Appeals in Washington.

Foreign gamblers were being taxed by the IRS on every winning bet they made regardless of whether they came out ahead or not.  Sang J. Park, a South Korean businessman and the plaintiff in this lawsuit, visited Pechanga Casino and Resort in California in 2006 and 2007.  While Park won over $500,000 playing the slots, he lost even more, and ended up down near $50,000.  Park later faced a tax bill from the IRS of over $150,000 on his winnings and later challenged the bill.  The U.S. Tax Court upheld the IRS policy before the U.S. Court of Appeals struck it down.

The Appeals Court said that, “the fact that non-resident aliens may not deduct gambling losses from gambling winnings does not tell us how to measure those losses and winnings in the first place.”

I agree with the ruling of the Court as it seems quite unfair to have treated foreigners this way.  It seems that this ruling will be good for non-resident foreigners and will be good for the Casino and Gambling industries.  Do you think the court came out the right way?  What are some legitimate arguments that the IRS could have made that you would agree with?