Good News for Sharks as Demand for Fins Decreases 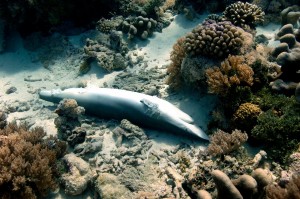 If you are a conservationist, or perhaps just a fan of the Discovery Channel’s Shark Week, it is not news to hear that global shark populations are rapidly declining.  News of huge drops in shark populations and the risk of extinction for several species of sharks is alarming.  You have probably also seen the disturbing images of fisherman cutting fins off sharks and throwing the remainder back into the ocean or rows of thousands of shark fins drying in the sun.

Recently, there have been some very encouraging trends in this area.  One report claims a 70 percent drop in the demand for shark fin soup in China, most of that due to an anti-graft campaign from mainland China.  Another report claims a 30 percent decline in shark fin imports to Hong Kong, due in part to the corruption crackdown and in part to a number of airlines and shipping lines refusing to transport the product.

If true, both of these facts are great news for sharks.  However, Ricky Leung Lak-kee, chairman of the Hong Kong Marine Products Association, has a different opinion.  Leung states that the sharks fins which are being imported to Hong Kong conform with the Convention on International Trade in Endangered Species of Wild Fauna and Flora, which prohibits catching certain sharks that are at risk.  Leung says the true victims are the fishermen, many whom live in poor seaside areas and are losing their jobs due to the decreased demand.  Leung goes on to point out that many of the people who seek to ban shark finning are not themselves vegetarians.

Leung raises an interesting point as to the motivation behind the push to ban shark finning.  Are we pushing a ban because of shark population decline?  Certainly there are other marine species at risk of extinction who do not receive nearly as much attention.  Are we pushing a ban because shark fin soup is not something we “understand,” as a delicacy which much of the Western world does not consume?  Is it the manner in which these sharks are caught and thrown back into the water which motivates?  Or perhaps the strong push for anti-finning regulation is based on an emotional attachment we have developed toward sharks – whether that be based on admiration, awe, or fear.

Domestically, a California ban on the sale and possession of shark fins took full effect over the summer.  Opponents of the ban are arguing that the law discriminates against Chinese Americans.  In late August, the Ninth Circuit Court of Appeals ruled that the law was neutrally worded and the ban would be enforced while opponents continued their challenge

What is the motivating the heavy backlash against shark finning, while other marine species are endangered?  Would shark finning be acceptable if it were done in a “sustainable” manner?  Should the livelihoods of these fishermen be given more consideration?  Is California’s legislation, although neutrally worded, unfairly targeted at Chinese Americans?