Infringement on the Attorney-Client Privilege 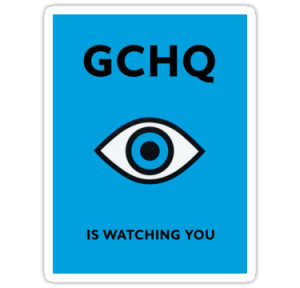 A big issue has arisen in the UK regarding concern that the government’s mass online surveillance operations are undermining the ability for people to bring legal action against the state. Lawyers representing people who make serious complaints against the police, army or security services fear the industrial-scale collection of email and phone messages is threatening the confidential relationship between them and their clients. This lawyer-client relationship is a crucial function of the legal system. After the NSA leak, “individuals who are making serious allegations against the state are becoming increasingly concerned about whether the information they share with their lawyers will remain confidential,” said Shamik Dutta, from Bhatt Murphy lawyers in London.

The Law Society of England and Whales has expressed their concern regarding the impact on a lawyer’s day-to-day work. The Society was quoted as saying, “the ability of clients to consult and receive advice from lawyers with certainty of absolute confidentiality is fundamental to the rule of law and the values of our democracy.” They went on further, “The Law Society would regard it as very serious indeed if privileged correspondence were to be intercepted. We are looking at the issue and considering whether there needs to be advice given to the profession.”

The fact that there have been significant advances in the cyber world over the past decade poses the question of whether the proper safeguards were in place.  Especially after the Snowden leak, the public needs to be reassured that the interceptions of communications are properly exercised. This is where the concern has arisen amongst lawyers with respect to the right of individuals to consult privately with a lawyer. A spokesperson for the Bar Council said, “any increase in the scope of the authorities’ data gathering activities must be matched by the establishment of real protection for this fundamental aspect of the administration of justice.”

This has become a major concern and privacy researchers are speaking out. Erik King, head of the research at Privacy International has said, “We are astonishingly concerned about privileged communications being swept up as part of the mass surveillance programs we have learned about over the past few months.” He went on further to say, “when you are talking about litigation involving major cases that challenge significant government policy, the intelligence that could be gained and the change in strategy that could be deployed by obtaining an idea of what the claimants were seeking to challenge, it could easily tip the balance decisively in what are critical cases.”

As a result, many law firms have decided to review the way in which they are communicating with their clients. Clive Clifford Smith of Reprieve has said that impact on the latest revelations on people’s privacy is “obviously immense.” “A prisoner needs to be able to communicate confidentially with a lawyer, but this is impossible if he thinks that a legal discussion is just another form of interrogation,” said Smith. He also claimed that prisoners are beginning to refuse to communicate because they think the people who are listening will use the prisoner’s words against them.

Many people are beginning to think that the government is under cutting access to justice and these communication interceptions are likely to “erode people’s faith in the justice system.” Now with so much information being stored in cloud based services, it may be time for professionals to rethink the way they work since the intelligence agencies have access to those networks.

This seems to place a serious infringement on the attorney-client relationship. How will this precedent effect the way in which client’s communicate with their lawyers? And how will that effect the way in which a lawyer takes action throughout the legal/litigation process? Should legislation be passed to decrease the amount of information that the government could access on individuals? How can the legislature limit the government’s exclusive information targeting against individuals with serious suits against them?