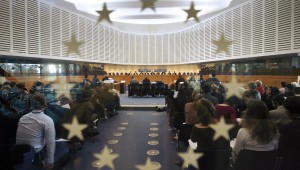 The trend towards online news sources is increasing with technological advances and generational preferences. As more people choose to obtain the news online, instead of in print, news stations and papers will have to adapt to this new outlet. Most online articles allow readers to interact via open commenting capabilities, which was not an option available when print news was the only source. This is the root of the issue in a recent European Court of Human Rights case.

This past Wednesday, October 16, 2013, the European Court of Human Rights held that Estonian news site, DelfiSA, was responsible for “threatening and offensive” comments posted by readers in response to an article published in 2006. This specific article involved a ferry company’s route change. The affects of this route change influenced the opening of roads leading to offshore islands. This outraged some citizens and in turn there were about twenty threatening comments posted on the article, targeting the leading shareholder of the ferry company.

The ferry company consequently sued DelfiSA in local court and prevailed. DelfiSA first appealed to the local court unsuccessfully. When the case was brought to the European Court of Human Rights it was decided that, “there was a higher than average risk that the negative comments could go beyond the boundaries of acceptable criticism and reach the level of gratuitous insult or hate speech”. (Wall Street Journal) In the United States it is common for news sites to hire moderators to monitor comments, most likely to prevent such a suit as this.

Will this decision set a precedent for international law, holding all news sites responsible for the comments of their readers? Do you agree that companies which report the news should be held responsible for the views or comments of their readers? Should online news sites continue to allow the public to comment on their articles, in the name of open debate and freedom of speech, or prevent comment capabilities to return to the one way communication street that print news once was?