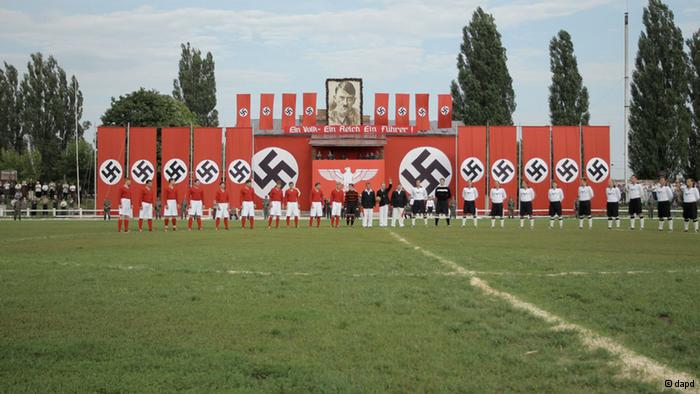 The European Court of Human Rights (“ECHR”) recently upheld a decision of the Ukrainian courts not to order an article about the wartime “Death Match” to be amended. The case was brought by a Ukrainian who believed that the content of the newspaper article relating to the “death match” discredited his father, thus impacting him and his family’s reputation.

Putistin’s father, Mikhail Putistin, was a Dynomo Kyiv footballer and one of a number of former professional players who lined out for FC Start in a game that became known as the ‘Death Match’ on 9 August 1942. The team he played for was created after the old league was disintegrated due to the war. The new league was made up of German forces and the team Putistin’s father played on faced, Flakelf, the German Luftwaffe team. Against the odds, the Ukrainians beat the German team 5-3. Although they had won their previous six games, Flakelf were the strongest opposition the Germans had on offer. According to the court, the team allegedly suffered reprisals as a result of their victory. Some were sent to a local concentration camp, where four of them were executed.

On the match’s 60th Year Anniversary, the newspaper, Komsomolska Pravda, published an article entitled “The Truth about the Death Match”. The piece appeared beside a picture of the match poster from 1942 which contained the names of the players, including Mikhail Putistin. However, the names were not legible for readers. During the interview, the producer said there were only four players who had worked for the bakery and they were the ones that were executed. Those names were listed in a separate part of the article. It did not include the name Mikhail Putistin. Other players were said to have worked in the police and collaborated with the Gestapo.

Later that year, Vladlen Putistin sued the newspaper and the journalist, hoping for a retraction. He claimed that the article suggested that his father had collaborated with the occupying police and Gestapo. The Ukranian court said in December 2001 that Putistin was not directly affected by the publication. It said that his father was not named in the text and it was not possible to read his name on the photograph of the match poster. The ruling was upheld on appeal in March and November 2002.

The ECHR ruled, although not final, that “courts might sometimes be required to protect the reputation of the deceased.” It also set out a test that the reputation of a deceased member of a person’s family might affect that person’s life and private identity, “if there was a sufficiently close link between the person affected and the general reputation of his or her family.” They claimed that Putistin was only “remotely affected” by the publication because it did not mention his father’s name. Further, it also did not claim that his father was a collaborator. The court “struck a fair balance between the applicant’s right to respect for his private life, and the right of the newspaper and journalist to freedom of expression.”