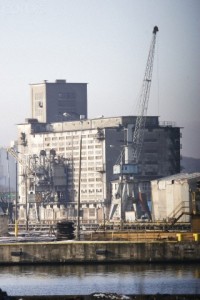 The European Court of Human Rights began Chamber hearings on December 3rd involving alleged human rights violations of suspected terrorists while in the custody of the CIA. Illegal interrogation methods were allegedly used at secret detention sites in Poland against two men, Al Nashiri and Husayn (also known as Abu Zubaydah). The men allege that Polish authorities were aware of the secret transfers and interrogatory sessions in which they were tortured.

Al Nashiri is suspected in terrorist attacks such as the USS Cole attack in 2000 and the French oil tanker MV Limburg in 2002. Husayn is suspected to have a major planning role in the September 11th attacks, as well as other Al’Qaeda operations. Al Nashiri and Husayn are currently being held at Guantanamo Bay. Al Nashiri had charges brought against him in 2008 but has not yet been convicted. Husayn has not been charged with any crime but remains detained.

Al Nashiri claims that while he was in Poland, he was subject to waterboarding and forced to remain in lengthy stress positions, such as kneeling and leaning back at the same time. He further contends that his family was threated with abuse if he did not supply information and follow orders. Husayn also alleges he was subject to waterboarding and kept in a box while forced to listen to loud noises.

Al Nashiri accuses the Polish Government of failing to obtain assurances from the United States that he would not be subject to further torture, solitary detention, or an unfair trial while in the custody of the United States. Husayn’s lawyers state that his communications are severely restricted and it is very difficult to pass information to him regarding his case. They both claim violations that they were tortured, secretly transferred to and from holding centers in Poland, and that Poland failed to conduct an investigation on the matter.

In March 2008, a criminal investigation began in Poland regarding these secret CIA prisons. Not much has come out of it. Do you think Al Nashiri and Husayn are properly targeting the country of Poland? How much of a role do you think Poland, its government, and its citizens played in the torture and undisclosed transportations of the men? How do you think the ECHR will rule?