An Urgent Call For Action 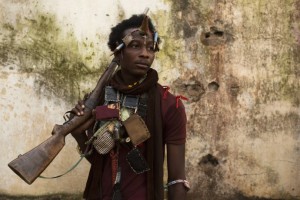 The Central African Republic (CAR) currently lacks rule of law and remains in an alarming state of violence. The country is in a situation that is characterized by a long list of ‘increasing violations of international humanitarian law…widespread human rights violations and abuses.” According to a UN Security Council Report, these include “extrajudicial killings, forced disappearances, arbitrary arrests and detention, torture, sexual violence against women and children, rape, recruitment and use of children and attacks against civilians and attacks against places of worship.”

The UN Security Council and the European Union have already expressed a “deep concern at the continuing deterioration of the security situation in the CAR.” The current situation is a continuation of the civil war that has been plaguing the country and is a result of “religiously motivated targeted killings” that have left the county in a concerning state of instability and chaos. The anti-Balaka, a militia group, reports the Security Council, “have increased their attacks on Muslims as have mobs of civilians who have carried out gruesome killings of Muslims in recent weeks.”

Since March of 2013 “thousands are estimated to have been killed while some 833,000 people have been displaced from their homes. The UN Refugee Agency (UNHCR) reported an additional 268,779 people have sought refuge in Cameroon, Chad, Congo and the Democratic Republic of the Congo. Half of the 4.6 million inhabitants are reportedly in need of humanitarian assistance.”

Hope filled the nation earlier this week with the election of Catherine Samba-Panza, the former mayor of Bangui, as interim President. However, Samba-Panza’s election is only a temporary solution. It seems she probably will only serve for “a little over a year, with the goal of leading [the CAR] to national elections.”

Although Samba-Panza’s leadership has been predicted to help bring stability to the nation, there is an urgent need for the international community to come together and respond quickly. As indicated by the UN Security Council Report, the children are the ones suffering the worst consequences.

The international community has responded to the situation. There are currently about two thousand French troops and about five thousand African Union soldiers in the CAR, sent there to keep the peace. In addition, the UN Secretary-General has announced the formation of an international commission. This commission is to verify the continuing human rights violations that have been reported. The Secretary General has also promised to “focus on ways of curtailing the violence protecting human rights, and supporting the delivery of humanitarian assistance” in the CAR.

More needs to be done, and it needs to be done now. The situation in the CAR continues to worsen and the safety of its people, specially its children, calls for swift action. What do you think Catherine Samba-Panza should do in her attempts to put back together her broken nation? What other international agencies do you think should be getting involved?