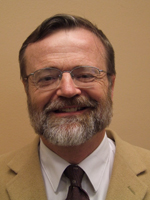 Pace Law professor Thomas McDonnell discusses the decision to pursue a death penalty with Dzhokhar Tsarnaev and whether it is actually the best course of action.  Professor McDonnell is an expert in international law, and the author of The United States, International Law and the Struggle against Terrorism (Routlege, hard copy 2009; revised paperback ed. 2011). His book discusses the critical legal issues raised by the U.S. responses to the terrorist threat, analyzing the actions taken by the Bush and Obama administrations during the so-called “War on Terrorism” and their compliance with international law. Professor McDonnell highlights specific topics of legal interest including torture, extra-judicial detentions, targeted-killing-drone strikes, the invasions of Afghanistan and Iraq, and examines them against the backdrop of terrorist movements which have plagued Britain and Russia. The book extrapolates from the actions of the U.S., going on to look at the difficulties all modern democracies face in trying to combat international terrorism.

The video can be found here: http://streamingmedia.pace.edu/Law/MasiMcDonnell/McDonnell02-12-14.html