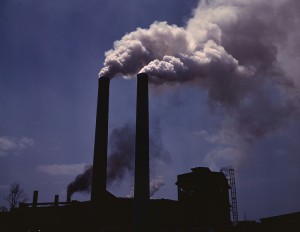 Cleaning up the air we breathe prevents noncommunicable diseases as well as reduces disease risks among women and vulnerable groups, including children and the elderly.

She further stated that:

Poor women and children pay a heavy price from indoor air pollution since they spend more time at home breathing in smoke and soot from leaky coal and wood cook stoves.

On March 25, 2014, the UN World Health Organization released a report revealing that air pollution including indoor and outdoor caused the death of 7 million people around the world in 2012.  Director of WHO’s Department for Public Health, Environmental and Social Determinants of Health raised her concerns urging that the risks posed to the world from air pollution. The data points out that one in eight death across the globe is caused by air pollution.  In this aspect, the report reveals a strong relationship between both indoor and outdoor air pollution exposure and particular diseases, such as strokes and ischaemic heart disease besides between air pollution and cancer. In the case of indoor air pollution, WHO estimates 4.3 millions deaths whereas in the case of outdoor air pollution, it estimates 3.7 million deaths in 2012 from urban and rural sources worldwide.

According to WHO, South Asia and Western Pacific are the leading regions where the air pollution related deaths occurred, with a total of 3.3 million deaths linked to indoor air pollution and some 2.6 million related to outdoor pollution. WHO Coordinator for Public Health, Environmental and Social Determinants of Health, Carlos Dora said that excessive air pollution is the product of unsustainable policies in sectors, such as transport, energy, waste management and industry.  He thinks that healthier strategies should be used in these sectors.

In today’s world, air pollution is not necessarily a “surprise” but this probably reveals the fact that people care less about clean environment and more about financial gain. As shown, reducing air pollution could save millions of lives yet there are no substantial steps taken to cope with this worldwide problem. How do you respond to WHO statistics? How should the world try to cope with this problem that affects millions of people’s lives around the globe?  What policies should be implemented?  What do you think the role of the UN is in coping with this problem?