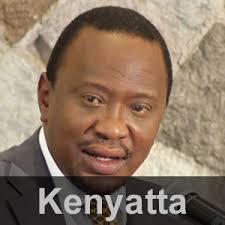 The International Criminal Court (ICC) has once adjourned the trial of Kenyan President Uhuru Kenyatta with the Trial Chamber stating that the adjournment is to give the prosecutor more time to collect records against the suspected human rights violator. In March 2011 Kenyatta was charged with five counts of crimes against humanity as a result of the violation that followed Kenya’s 2007 elections, which lead to more than 1,100 deaths. The crimes Kenyatta are charge with include murder, deportation or forcible transfer, rape, persecution and other inhumane acts. The President is listed as an indirect co-perpetrator to these acts. The new commencement date for Kenyatta’s trial is set for October 7.

Prosecutors allege that their witnesses against Kenyatta and his deputy William Ruto, who is also standing trial have been bribed or threatened into withdrawing their testimony. Kenyatta has led a diplomatic push to have the case against him postponed or dropped entirely. The Prosecutor also infers that the government has attempted to quash these proceedings which have proven to be increasingly difficult to substantiate. The government has failed to turn over incriminating evidence against the president, which as his phone and banking records, which is believed to strengthen the Prosecution’s case against the Kenyan Head of State.

After the prosecution’s argument, the judges directed the Kenyan government to provide Kenyatta’s financial records and other information needed by the prosecution. The court wholly denied the prosecutor’s request to suspend the trial indefinitely and also the defense’s request to have all proceedings against Kenyatta stopped over lack of evidence.

The court further instructed that “the prosecutor to submit, within two weeks, to the Kenyan authorities a revised request to produce financial and other records relating to Mr. Kenyatta.” The court also directed the parties to engage in cooperation and consultations without delay in relation to the revised request, the ICC said.

Before that October court date, the court has also scheduled for a status conference on July 9 for the prosecution and Kenya to update the court on the progress made so far regarding the orders on cooperation and submission of Kenyatta’s financial records and other information needed by the court. Do you think this case will proceed? Will Kenya relinquish the necessary documents?