Public Edition Preview: Recognizing Education Rights in India and The United States: All Roads Lead to the Courts? 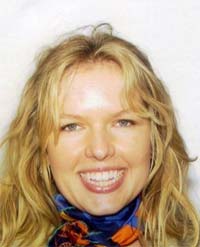 Ashley has written the article: “Recognizing Education Rights in India and The United States: All Roads Lead to the Courts?” for the Pace International Law Review. The inspiration behind Ms. Feasley’s article stems from her interest in the development, promotion, and implementation of social and economic rights through legal frameworks. She is interested in the study, promotion, and implementation of the right to education because of her belief that the articulation of right can lead to greater societal enfranchisement for vulnerable or marginalized populations. The selection of the United States and India as subject countries comes from a lifelong interest in the Indian constitutional process as well as a familiarity with the United States constitutional system. Ms. Feasley is hopeful that her article highlights the progress that has been made in promoting education rights within the two countries and that the article will help to promote further rights development and implementation. Ms. Feasley believes that the article is timely given the ongoing debate occurring over school choice and school funding in the United States as well as the recent governmental efforts to implement education rights in India through legislation such as the RTE Act.

Ashley Feasley is an Adjunct Professor of Law at the Columbus School of Law at the Catholic University of America and is the Migration Policy Advisor at the United States Conference of Catholic Bishops. Ms. Feasley focuses her work and scholarship on migration law- including human trafficking, refugee and asylum law, human rights law and the protection of vulnerable populations. Prior to teaching at Catholic University Columbus School of Law, Ashley taught at Fordham University School of Law.  Ashley has worked abroad in Thailand and Italy and clerked for the Honorable Evan Wallach at the United States Court of International Trade. Ashley received her Bachelors of Science in Foreign Service from Georgetown University Walsh School of Foreign Service, her JD from the University of Florida and an LLM in International Peace and Justice from Fordham University School of Law.