Will Stem-Cell or Patent Legalities Bar the Evolutionary Creation of Lab-Made Organs in the UK? 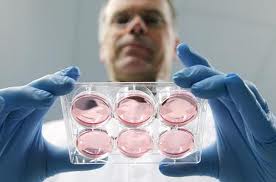 At the beginning of this decade, stem-cell research was one of the most controversial topics in the United States. This debate was not centered on whether to use the stem cells but rather where to obtain the stem cells. There are obvious ethical dilemmas raised when stem cells are taken through the destruction of embryos. But there are ways to obtain stem cells from adult bodies. The United Kingdom is currently paving the way in the creation of body parts using stem cells. Noses, ears, blood vessels, tear ducts, and windpipes are just the beginning in a North London Hospital.

The potential for growing custom made organs could revolutionize transplant and trauma needs. Currently there are long waiting lists of people needing organs and donors. The risk of these people not receiving a transplant in time could be eliminated if equally compatible lab-made organs were available. That isn’t even taking into account positive aesthetic purposes external organs could serve as well. Only a few patients have received these British lab-made organs thus far. This past year, a salt and sugar solution was used to create a nose mold for a British man who lost his to cancer. It was possible to extract and grow stem cells from the man’s fat in order to cover the nose mold. Doctors then implanted the lab created nose into the patient’s forearm in order to allow his skin to cover it. In order to remove the nose from the forearm and surgically attach it to the patient’s face, regulatory authorities still need to approve the process.

London Mayor, Boris Johnson, is soon announcing an initiative to interest investment in Britain’s health and science fields in order to achieve commercial development in innovative research. Scientist Alexander Seifalian, received a patent for the polymer material he uses for these organs and he has a few more patents awaiting approval. Polymers can be naturally occurring or synthetic. The makeup of these organs or the stem cell process itself could lead to more heated debates on whether these materials are patentable. Patenting a living thing is a controversial issue. Products of nature are commonly non patentable. However, if the product only exists because of something the inventor must add or do to it, then it may be patentable. That is to say, if it does not occur naturally.