The Organ Trade: What are your rights after you are gone? 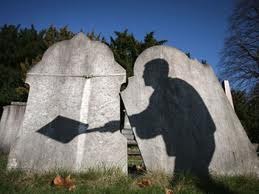 While some individuals make the selfless choice of donating their organs after their death, some individuals prefer to remain intact when it is time for them to be buried. Some religions see the human body as sacred, and not to be tampered with after death. Some people have strong feelings that they shouldn’t be separated from their body parts when they depart this earth. But do you have a right to have your wishes carried out?

Brazil has recently embarked on an investigation following claims that organs are being illegally taken from buried bodies and sold for medical research purposes. This has allegedly been done to the poor citizens who, in Brazil, are buried as paupers if their dead bodies had not been claimed after 3 days. The deceased are then buried in mass graves and are marked by numbers. This has been done to 3,000 in the past 15 years and there is no paper trail identifying the deceased.

While the coroner office in charge of handling the unclaimed decedents state that they strictly comply with the law and that these bodies are buried intact, organs can only be used for medical research purposes with the consent of relatives. However, the coroner’s office is not legally obligated to search for family members of unclaimed bodies. According to the law in Brazil, it is illegal to sell organs.

In America, there is great focus on legislation surrounding organ donations and what considers consent, but the law strictly prohibits the sale of body parts. Many times, even if a deceased individual had expressed the desire to donate their organs, permission is usually asked of family members. So does your decision to keep or donate your organs stand after death or does a living family member’s decision override?

In many cases, your right to privacy ends after death. The Federal Privacy Act states that once you are deceased, your private information is no longer protected under that law. However, the Health Insurance Portability and Accountability Act (HIPAA) follows with you after you pass.