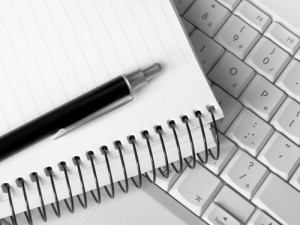 The public has a right to know what is happening in the world, both in their hometowns and neighboring cities as well as internationally. The fundamental way we are provided with this information is through the articles and news reports provided to us by journalists. In the 2014 draft of the Egyptian Constitution, Article 65 guarantees a freedom of thought and opinion. Furthermore, the Article states that, “Every person shall have the right to express his/ her opinion verbally, in writing, through imagery, or by any other means of expression and publication.”  However, in Egypt this right has not been so guaranteed.

Recently, journalists reporting the news have become targets to many different types of violence, which include: prosecution, being beaten, being fired and being arrested simply for doing their job. These individuals being attacked include three journalists from the well-known Arab media network, Al Jazeera. Those being arrested face different penalties, ranging from jail terms between 7-10 years.  These penalties are being passed out for charges such as harming national unity and social peace, spreading false reports, and being members of a terrorist organization. However, both the United Nations Secretary-General and the High Commissioner for Human Rights have shown great concern towards these convictions, finding that they do not meet the standards of a fair trial, which can be harmful to the establishment of a stable system.

Since 2013 there has been at least six journalists who have been killed, allowing t he attacks against journalists to go on as if they are a normal practice. Egypt has gone through many changes these passed couple years, especially with its recent appointment of President Abdel Fattah el-Sisi, who brings hope for a brighter future for the country.

Do you think these penalties go against the right to freedom of expression? What should the Egyptian government do to begin to resolve these problems?  Should the international world intervene?