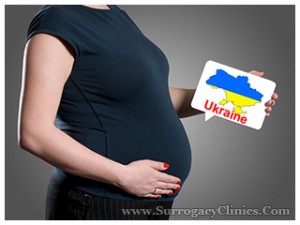 Belgium’s right to conduct legal checks on children born to surrogate mothers abroad was upheld by the European Court of Human Rights last week. The applicants filed a complaint in the European Court of Human Rights arguing that the Belgium authorities denied their child entry and forced a temporary separation in violation of Article 3 (prohibition of inhuman or degrading treatment) and Article 8 (right to respect private life and family life).

Mr. D and Mrs. R, Belgium nationals, arranged for a surrogate pregnancy in Ukraine. On February 26, 2013, the child, A, was born and Mr. D and Mrs. R obtained a Ukrainian birth certificate for A. The parents applied for the child’s Belgium passport, but were denied for failure to present certain documents in order to confirm the relationship to the child. On July 31, 2013 the Belgium Court of Appeals granted the urgent application, because additional documentation was provided to establish the biological relationship. Mr. D and Mrs. R were forced to return to Belgium at the end of April because their residence permit in Ukraine expired. During this time the child was left with a nanny in Ukraine and the parents were only able to see their child a few times. On August 5, 2013, all three family members were able to return to Belgium.

The court ruled that the denial of the child’s entry into Belgium was valid and did not violate Article 3 or 8. While the temporary separation was hard on the parents, it did not rise to the level of severity needed to establish a violation of Article 3. Additionally, there was no violation of Article 8 as this interference into family life was necessary to protect the democratic society. The Belgium authorities initial denial of the travel quest was provided by law, and had valid reasons, such as the prevention of crime, human trafficking, and protections of the surrogate mother and the child’s rights. The European Court also relied on the fact that the events were reasonably foreseeable because Mr. D and Mrs. R consulted a Belgium and Ukrainian lawyer.

In my opinion, while the temporary separation was a great strain on Mr. D and Mrs. R, and interfered with their family life, the events were a reasonable interference based on the protection of public safety and the circumstances. Mr. D and Mrs. R had planned for the surrogate pregnancy and consulted with both national lawyers. Thus, they should have foreseen a delay to allow for the confirmation of the biological relationship. Also the surrogate mother’s rights should not be overlooked, even though the surrogate pregnancy was arranged, her rights should not be ignored.

With the increasing frequency of surrogate pregnancies, do you think international laws should be enacted? Should the process of a surrogate child born abroad to enter their parent’s national country move at a faster pace? Do you agree with the way the Belgium authorities handled the situation? Is there a way to protect the biological mother, biological father, adopted mother, and child’s rights?