Asylum-Seekers May Be Sent Back to their Tumultuous Nations 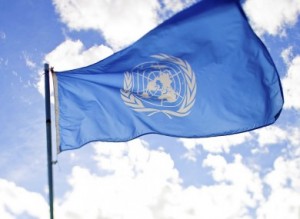 On October 21, 2014, the European Court of Human Rights will issue several judgments. One of these judgments includes the deportation of 35 applicants back to their respective nations, when they claim they will be faced with potential death and torture if forced to return.

In the case of Sharifi and Others v. Italy and Greece, 32 Afghan nationals, two Sudanese nationals, and one Eritrean national (applicants) claim to have arrived illegally in Italy from Greece to escape torture and possible death from their respective countries. The 35 migrants admit that they entered Greene between 2007 and 2008 due to armed conflicted which affected civilians in their respective countries. Once in Greece, applicants boarded a vessel and attempted to smuggle themselves into Italy. When the vessel arrived the border police intercepted the applicants and they were immediately deported.

Some of the applicant’s claims include that their rights were violated under Article 2 (right to life) and Article 3 (prohibition of inhuman or degrading treatment) when they were immediately deported to Greece by the Italian authorities, as they are now faced with potential death or torture if they are deported back to their respective countries. Additionally, the applicants argue that both the Italian and Greek police subjected them to ill treatment when they were sent back to Greece under Article 3.

The United Nations Refugee Agency works with countries to develop national asylum systems to determine which applicants actually qualify for protection. The applicants should be forced back to their own countries if they are going to be subjected to risk of death or torture, as this would be inhumane and a clear violation of Article 2 and 3.

How do you think this case should be decided? Should it be the policy of all countries to allow for asylum seekers to enter? The applicants claim that they are being denied their right to life by being deported back to Greece as well as their respective nations. Is the deportation from Italy to Greece too far of a link to say that their right to life will be denied?