The Big Bang Theory: Not Just a Show Anymore 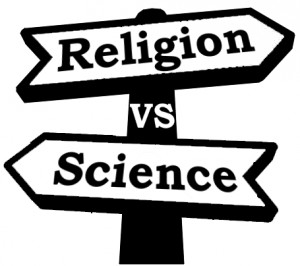 Pope Francis continues to pleasantly surprise us with his opinions, quips and overall modern approach as leader of the catholic world.  Or so outlets have lead us to believe. Most recently, we have been directed to focus on the pontiff’s statements to the Pontifical Academy of Sciences, where he claimed ” “God is not . . . a magician, but the Creator who brought everything to life,” and even acknowledges the existence of scientific concepts, like that of evolution and the Big Bang theory.  While much of the public, and the media would have you believe, that such statements are a monumental step for the church, it is also believed that these reports are just the most recent victim of media manipulation.

In fact, this isn’t the first time such revelations have been made.  Pope Pius XII is said to have paved the way for the discussion and open receipt of ideas like evolution.  Pope John Paul II addressed the concepts as fact, as opposed to mere theories. In contrast, Pope Francis’s predecessor Pope Benedict XVI explained that “intelligent design underpins evolution”.

Regardless of the viewpoint, each position is made, and should be taken with, a grain of salt.  The grain of salt being God himself. As the Washington Post explained, each of this positions hinges on the acceptance existence of a higher power. And while the clash of science and the church is not a newly posed issue, there still remains questions as to interpretation and reporting of such issues.

Since the Pope and the church’s statements will always be important, they will always be under scrutiny.  But we need to be sure the right scrutiny is applied. This isn’t a reference to rational basis or the like, but to the overzealous reporting that creates a whirlwind of misreprentations.  In this case, the Pope, contrary to headlines, hasn’t said anything out of the ordinary.  In fact, he’s repeated common themes.  So now we must ask, why is this relevant?