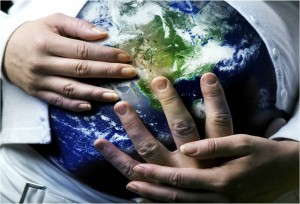 There is justifiable discussion concerning the need to unify many areas of international law. From human rights, to international trade and sales, many practices are in need of overhaul. Most compelling may be the need to reform and unify international surrogacy law—for more than apparent reasons. In light of recent botched surrogacy arrangements, this issue is gaining much needed attention. The recent case of baby Gammy epitomizes the ethical pitfalls rampant in international surrogacy practice. In the case of baby Gammy, Thai native Pattaramon Janbua was hired as a surrogate mother by David and Wendy Farnell, an Australian couple. Seven months after the procedure, ultrasound results indicated the couple would be getting double their anticipated return on investment. Although the brother and sister, Gammy and Pipah, appeared to be two healthy babies, Gammy, the boy, showed indicia of Downs Syndrome. Disconcert by the news, the Farnells requested Ms. Pattaramon abort baby Gammy. Citing her Buddhist principles, Pattaramon declined, and instead elected to raise Gammy on her own. Under Thai surrogacy law, a child’s legal mother is their birth mother; but Pattaramon followed through on the original deal allowing the Farnells to return to Australia with Pipah.

Despite gestational issues in international surrogacy, baby Gammy has also raised attention to pre-procedural screening. After this story sparked media attention, it was found that David Farnell is a convicted pedophile.

Surrogacy laws have generally been reserved for the state. This majority view is well grounded. Constitutionally, the Supreme Court of the United States has vehemently held reproduction rights to be fundamental. Because of its sensitive nature, states handle surrogacy differently. France, for example, has denied to acknowledge children born via surrogacy arrangements, frequently leaving children stateless. And even less progressive countries are having trouble interpreting their own outdated surrogacy laws. Conversely, countries like Mexico and India have taken a liberal approach and have seen significant increases in successful surrogacy arrangements.

It is clear comprehensive reparation is in order. However, moral considerations should prelude procedural complexities—but how? Is it possible for the international community to agree on morals regarding surrogacy? Is there another way?

Additionally, what about people like David Farnell? It is easy to say convicted pedophiles should not be allowed to hire surrogates; but it is not easily substantiated in the same. Convicted pedophiles can have children. Why should they be deprived the ability to employ a surrogate? Such a proposition would essentially declare surrogacy different and distinct from the constitutionally protected fundamental right of reproduction. Is there a better way to deal with this apparent ethical and legal dilemma?