No Child Support, No Travel Abroad 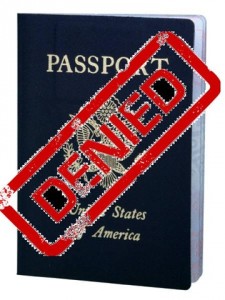 On December 2, 2014, the European Court of Human Rights decided the case of Mr. Battista, holding that there was a violation of his freedom to travel abroad when his passport was invalidated due to his failure to pay child support.

Mr. Battista claimed a violation of Article 2 (freedom of movement) and Article 8 (right to respect for private and family life) of the European Court of Human Rights. It was additionally argued that there was no statutory law that prevented parents who failed to pay child support to have their child’s name added to the parent’s passport.

The European Court of Human Rights held that there was a violation of Article 2 due to the legal means available to recover child support debts outside of the national borders. Additionally, the invalidated passport was subjected to an indefinite duration, without looking at the individual circumstances.

Do you agree with the decision of the Court? Would the dire need of child support, by the wife to support her children, change the outcome?  Do you think there should be a law that prohibits the travel abroad for a failure to pay child support?

I agree with the Court’s decision and do not think that one may be to denied the right to move across borders under these circumstances. While I see the argument, I do not think there is a valid reason to rescind a passport for an indefinite time period. The guardianship judge should have factored in the individualized family circumstances and financial ability, while maintaining the best interests of the children.