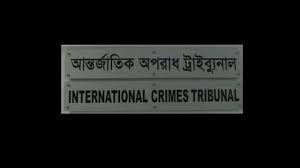 David Bergman was recently convicted on contempt charges by Bangladesh’s International Crimes Tribunal (ICT). Bergman was sentenced to a symbolic “simple imprisonment” and a fine of $56. The charges were out of comments he made in three different blog posts about cases that were before the ICT.  Specifically, the court looked at one blog post that questioned the number of dead in the 1971 war.  The court stated that the questioning of this number Some observers have estimated that the number could be anywhere between 300,000 to 3 million. The court found that Bergman’s questioning of the number of people killed to have no legitimate public interest. It further noted that, his questioning “disgraces and demeans the nation’s wishes and  holy emotion and that it was based on malicious intent designed to scandalize the court.” Human Rights Watch, Amnesty International, and the International Commission of Jurists obviously disagree. They do not take a position on how many people were killed but do state that the topic is something that all international criminal tribunals have to deal with and was completely legitimate for Bergman to question. The three groups have also raised concerns about the language of the opinion that gives the court broad discretion to keep prosecuting journalist for criticizing the ICT.

Should it be within the ICT, a war crime tribunal, jurisdiction to convict a journalist for his blog posts?

What should the international community do to prevent future journalist from being persecuted?