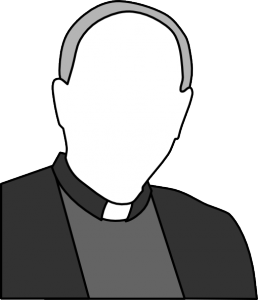 This case concerns the European Court of Human Rights’ decision on whether there was a violation of Article 8 (right to respect private and family life) when a Spanish priest’s contract as a teacher was not renewed, after a local newspaper identified him as a member of the optional celibacy movement.

Fernández Martínez, the applicant in this case, is a Spanish national who was ordained as a priest in 1961. In 1984, he applied to the Vatican to be relieved of his obligation of celibacy. One year later, he was married in a civil ceremony. He and his wife have five children. Then in October 1991, he started teaching the Catholic religion and morals at a state high school. His employment was renewed every year at the discretion of the Bishop of the Diocese of Cartagena. In November 1996, a Spanish newspaper , La Verdad, published an article about a seminar held by the “Movement of Optional Celibacy” for priests. The article reported that Martínez was a member of the movement and a photo of him and his family was published along with the article. The article also reported on the views of the members, which advocated optional celibacy for priests and a more democratic Church. Furthermore, the members were in disagreement with the Church on issues such as abortion, divorce, and sexuality.

In September 1997, Martínez’s request to be relieved of his obligation of celibacy was granted by the Vatican. The Vatican specified that anyone who has been granted such a dispensation was barred from teaching the Catholic religion in public institutions, unless the bishop decided otherwise and “provided that there had not been any scandal.” At the end of September 1997, the applicant was notified that his contract as a teacher of religion will not be renewed. The bishop stated that the applicant’s contract could not be renewed because he violated his duties of being a teacher in a public school “without risking a scandal.” The applicant violated this duty by making his personal situation, being a married a priest, public.

He brought an application before the Court alleging a violation of Article 8, that his right to respect for private and family life had been infringed. The Court now faced a question of whether to rule in favor of Martínez’s right under Article 8 (right to respect for private life) or the Church’s rights under Articles 9 (right to freedom of religion) and 11 (freedom of association).

The European Court of Human Rights ruled that there was no violation of Article 8. The Court observed that under Spanish law, religious communities are guaranteed a degree of autonomy. Furthermore, Spain’s Constitution recognizes the principle of State religious neutrality. This prevents the State from taking a position on religious matters such as celibacy for priests. However, this does not mean that the State cannot evaluate the decisions of a Church body. If a decision affects an individual’s fundamental rights, it can be reviewed by the national courts. In this case, the applicant was given the chance to be heard by the national courts and they ruled against him. Furthermore, he was aware and told of the condition that came with being granted a dispensation.

Ultimately, the European Court of Human Rights observed that this matter was of a strictly religious nature. In addition, combined with Spain’s religious neutrality, the Court determined that it could not carry out any further examination of this issue. The fact that the Church is given religious autonomy the Spanish courts concluded that the Church was just making a decision that it ultimately had the power and authority to make. This matter was competently handled by the Spanish courts and with that this Court concluded that there was no violation of Article 8.

How do you feel about this decision?