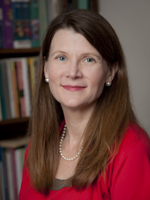 Pace International Law Review is honored to feature articles from its Spring 2013 symposium on Comparative Sex Regimes and Corporate Governance. Today we share Gender Quotas for Corporate Boards: Options for Legal Design in the United States by Professor Anne L. Alstott. Professor Alstott is the Jacquin D. Bierman Professor in Taxation at Yale Law School. Professor Alstott hold and A.B in economics from Georgetown University and a J.D. from Yale Law School. She is an expert in taxation and social policy, served as a deputy dean in 2002 and 2004 and won the Yale Law Women teaching award three times. Before coming to Yale, she served as an attorney-advisor in the Treasury Department’s Office of Tax Legislative Counsel and taught at Columbia law. Her article discuses the implementation of gender quotas in corporate boards and the impact that they have had on European countries, some of which have instituted mandatory quotas:

Recently, U.S. activists, scholars, and policy makers have turned their attention to one notable effort to address the gender gap in management: gender quotas for corporate boards of directors. Twelve European countries have pioneered quotas in this context. France, Italy, the Netherlands, Norway, and Belgium now have mandatory quotas ranging from 30%-40%. Spain, Germany, Denmark, Finland, Greece, Austria, and Slovenia have voluntary quotas, and Germany and the EU are considering legislation to mandate quotas. Gender quotas for corporate boards represent an intriguing option, even if the case for quotas is not airtight. The argument for gender quotas rests on a number of empirical propositions, all of which remain contested. Scholars cannot yet show definitively whether gender quotas shatter the glass ceiling or improve board decision making or business performance. Indeed, critics worry that quotas could produce a backlash, if female appointees are tokens or if female directors are untrained or inexperienced, but these claims, too, await further empirical investigation.