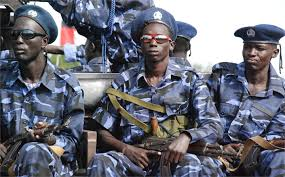 The bill proposes  a number of things: First, the bill will give the Security Service the same powers of arrest and detention as the police; Second, detention can be held anywhere and it does not guarantee basic due process rights; Third, they are given the powers of surveillance and search and seizure and are shielded from any criminal liability.

Is this a situation where the law can potential serve to help promote international human rights violations?

What can be done when the law does serve to promote international human rights violations?