The Sale of Natural Gas: Contractual Obligations and the Right to Stay Warm 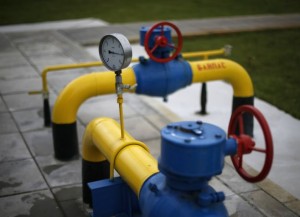 “The Partition Treaty on the Status and Conditions of the Black Sea Fleet” was signed by Russian and Ukraine in 1997 and essentially established two independent national fleets that were located in the Crimean peninsula. Under the Treaty, Russia was also allowed to maintain up to 25,000 troops, along with other military equipment in the peninsula.

In 2010, the two states signed “The Russian Ukrainian Naval Base for Gas Treaty”, also known as the “Kharkiv Accords”, to extend the Russian lease on naval facilities in Crimea in exchange for a multiyear discounted contract to provide Ukraine with Russian natural gas.

In 2014, Russia denounced the agreements, claiming, in part, that Ukraine’s gas debt to Russia has reached unmanageable proportions (Approximately eleven billion dollars). As a result, Gazprom, Russia’s natural gas giant, cut off supplies to Ukraine. This is particularly devastating given the approaching winter. Without gas, the entire country of Ukraine will not have anything to keep its houses warm with.

Article 25 of the “United Nations Convention on Contracts for the International Sale of Goods” states that “a breach of contract committed by one of the parties is fundamental if it results in such detriment to the other party as substantially to deprive him of what he is entitled to except under the contract, unless the party in breach did not foresee and a reasonable person of the same kind in the same circumstances would not have foreseen such a result.”

While it is indisputable that Ukraine’s debt casts significant doubts on its ability to make payments for the gas, does Ukraine have an argument here that would keep the gas flowing? European Union countries who also receive their gas from Gazprom could sell portions of it to Ukraine, but the fear now is that Gazprom will cut off gas supplies to countries attempting to aid Ukraine. If a deal is not worked out between the two countries, who should bear liability?