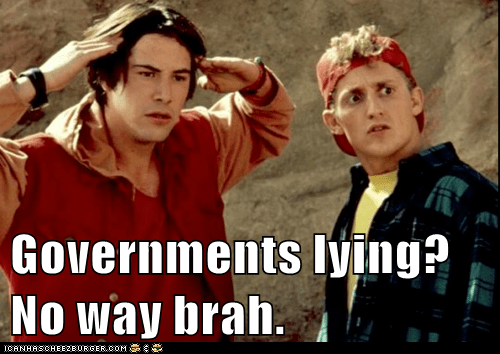 Part I: The Effect On The Government

This is the basic problem with the currency situation in Argentina. It appears to everyone that Argentina has been keeping its currency, the peso, artificially strong. How do they do this? By doctoring inflation numbers and having those numbers pass muster by officials at the highest levels of the Argentinean government when reporting them to the International Monetary Fund (IMF) for the Consumer Price Index for Greater Buenos Aires (CPI-GBA) and Gross Domestic Product (GDP). How is this possible though, aren’t these reporting agencies supposed to be independent? Well in 2007, the Argentinian government effectively seized control of the National Statistics and Censuses Institute, the supposed independent organization that is supposed to report numbers for inflation. Those statistics are no longer trusted.

The IMF is an organization of 188 countries, working to “foster global monetary cooperation, secure financial stability, facilitate international trade, promote high employment and sustainable economic growth, and reduce poverty around the world.” (http://www.imf.org/external/about.htm). The IMF does not take kindly to countries trying to blatantly lie their way into a better economic position but it is the market world that most negatively affects Argentina. Argentina has found itself on the outs of international markets until it gets its’ reporting numbers right. It should be noted that for the most part, the IMF has been more bark than bite when it comes to punishing countries. Argentina may have gone too far this time however. One of the many examples of how ridiculous Argentina’s reporting numbers are can be found in 2011 when Argentina reported an inflation of 9.5% when private analysts found it to be closer to 23%. More than double.

In an unprecedented move, on February 1st, the IMF has officially censured Argentina and has given the country 6 months to improve the accuracy of its inflation numbers. In its statement however, the IMF did not say if there would be any actual sanctions or actions if nothing changes in 6 months, so immediate fallout seems minimal from the IMF. Possible long term repercussions from the IMF could be expulsion from the organization, which is a move that hasn’t been done since 1954 to Czechoslovakia. It should be noted though that that was more likely an effect of the Cold War rather than the level of violations done by that country.

Private analysts hold that there are 2 possible outcomes for Argentina. The first is that Argentina lose some face, take a short term loss and tightens up their reporting policy. Once they get the green light from IMF that their numbers are accurate, the first major step in re-opening international markets again will be achieved. The second outcome is that if Argentina doesn’t change and remains unable to borrow from abroad, coupled with the drying up of central bank reserves, then in order to pay its debts, Argentina will have to look towards capital controls. Capital controls in our case are essentially measures taken by the government to limit the flow of foreign capital in and out of the domestic economy. This could include taxes, tariffs, legislation and volume restrictions. The negative effect of this however would be less domestic demand and this leads to restricted growth. It also wouldn’t solve the overall problem and what would we would see is a much more painful and expensive adjustment for Argentina further down the line although not immediately, and most definitely not during this next presidential election.

Article 5 of the IMF allows for certain sanctions to be made to include expulsion if a country does not follow regulations. In order to stabilize the market and set the tone for the seriousness of falsely reporting numbers, should the IMF expel Argentina? Is the negative treatment of the global market towards Argentina enough, essentially the invisible hand at work where the market will fix itself? Or should the hammer of Thor be brought down upon Argentina?

Stay tuned for Part 2 where we discuss the effects that current capital controls are having on the common citizen in Argentina and what this artificial inflation means to them.