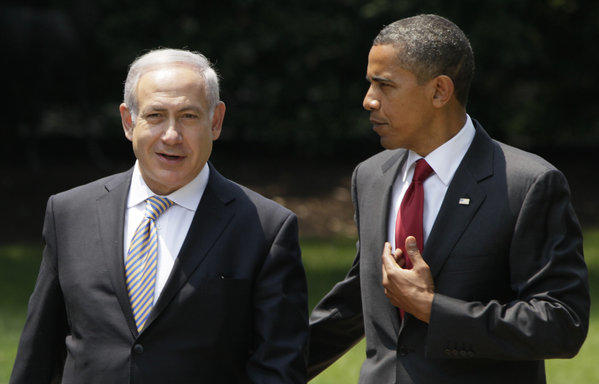 President Obama arrived in Israel this morning and was greeted by his Israeli counterpart, Prime Minister Benjamin Netanyahu. Notably, this is the President’s first trip to Israel since he took office more than four years ago. Many have questioned the President for his apparent “distancing” from Israel; many have said that President Obama has been overly critical and not as supportive of Israel as an American President should be, given the historical bonds between the two countries. The President is attempting to change that story line.

Upon  arrival in Tel Aviv, the President gave a speech to reaffirm the strong bond between Israel and the United States. The President  said, “I see this visit as an opportunity to reaffirm the unbreakable bond between our nations, to restate America’s unwavering commitment to Israel’s security and to speak directly to the people of Israel and to your neighbours;” and  “I am confident in declaring that our alliance is eternal, is forever.” These words should not be taken for granted, because for some, up until today it has not been clear to what extend the President supported Israel.

In the recent past, doubt has been cast on the strength of U.S.-Israeli Relations. The President and Prime Minister Netanyahu have not seen eye to eye on Iran’s nuclear program; the two leaders have not made any progress on peace negotiations between Israel and Palestine (an issue that the U.S. and Israel have collaborated on in the past); and the two leaders have, somewhat routinely, been at odds over the issue of Israeli settlements in the West Bank. This sort of disjointed partnership is not U.S.-Israeli Relations as usual.

With an eye toward the future, though, President Obama has taken a strong step to silence the pundits and regain the trust of the Israeli Prime Minister and People. Toward that end, President Obama took the opportunity this morning to praise Israel for its efforts in defending itself against attacks waged by its neighbors; and in classic diplomatic form, Netanyahu thanked the United Stated for its financial support of its famed and highly effective “Iron Dome” Missile Defense System. The two seem to be putting past differences aside quite nicely.

This new found amour toward one another begs the questions, though: will this public display of cooperation and support be enough to make any substantive difference? Do you think that the President and Prime Minister Netanyahu will meet again soon to seriously discuss peace talks between Israel and Palestine? What effect will this meeting have on the timetable for disarming Iran?