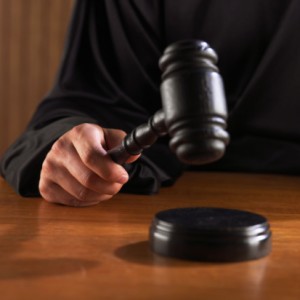 This past Tuesday, the U.S. Court of Appeals for the First Circuit upheld most counts against two Chinese nationals who allegedly “shipped tens of millions of dollars worth of electronic components from the United States to China.”

According to Law.com, the married couple, Zhen Wu and Yufeng Wei made false export declarations, exported without a license, and may have exported “phase shifters,” (small complex microchips), which may or may not have been in violation of the Munitions List.

While the First Circuit overturned two counts for both defendants for “exporting items restricted under the U.S. Munitions List” because of faulty jury instructions, the court upheld the 15 counts regarding the overseas shipment of “weapons-grade technologies.”

In addition, the First Circuit vacated Wu’s 36-month sentence and Wei’s 97-month sentence, and remanded both cases for resentencing.

The issue with the jury instructions was in regards to the jury’s role in deciding whether the phase shifters were “on the Munitions List at the relevant time.”

In the opinion of U.S. v. Wu and U.S. v. Wei, Chief Judge Sandra Lynch, who wrote the opinion, stated “”the proper question for the jury was whether Wu and Wei’s conduct violated the relevant regulations as those regulations existed at the time the conduct occurred … [And that] no State Department designation had been made at the time that the defendants engaged in the charged conduct.”

Judge Lynch continued, saying “[h]ere, we only go so far as to say that under the existing statutory and regulatory scheme, the question of whether phase shifters were items controlled by Category XI(c) of the Munitions List was a question for the jury — not a question that could be decided ex post by the State Department as a matter of law.”

Wei’s lawyer, Nathan Dershowitz, a partner at New York’s Dershowitz Eiger & Adelson, stated, “We are pleased by the Court’s reversal of the principal and most serious charges which related to the shipment of items which were purportedly on the U.S. Munitions list. We were disappointed that the Court affirmed the other counts and extremely surprised by the Court’s rationale on some of these issues.”