ICC Will Prosecute Head of State 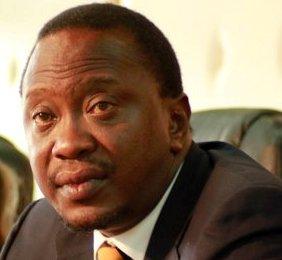 The prosecutor of the International Criminal Court, Fatou Bensouda, stated that the ICC will not drop the charges against Uhuru Kenyatta. After co-conspirator Francis Muthaura’s case was dismissed, attorneys for Kenyatta asserted that his case is also lacking key evidence. However, Bensouda responded: “It’s not a question of if it goes to trial, but when it goes to trial.”

This case marks the first time that the Court has prosecuted a head of state. These charges stem from the 2007 election in Kenya, where more than 1,000 people were killed and a half a million were displaced. As a result Kenyatta is charged with crimes against humanity under the Rome Statute. The Statute explicitly states in Article 27 that heads of state are not exempt from criminal punishment, and therefore Kenyatta will stand trial provided the appropriate evidence is collected. The prosecutor alluded to the fact the witness intimidation techniques have been common with regards to this situation.

While many recognize the ICC’s capability in holding top officials such as Kenyatta accountable, Carole Theuri, a program coordinator for Kenyans for Peach with Truth and Justice, commented: “But seeing people like Muthaura get off bolsters people in government to say that the ICC can’t touch us and we can do anything we want.”

Interestingly enough, the ICC’s involvement in this case actually made some voters side with Kenyatta in the election. Some disfavor the Court’s participation in this case, and see the ICC as a tool of the West rather than a voice for justice. At various points African leaders have discussed the possiblity of withdrawing from the binding obligations of the Rome Statute, and instead instituting a regional court to take care of such matters.

Do you think the ICC should handle this case? Does it make a difference that Kenyatta is the newly democratic elected head of state? What effect will this case have on the Court’s credibility if Kenyatta prevails?