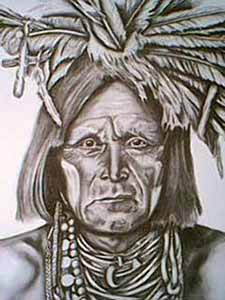 This past Friday, April 12 in Paris, saw outrage from the Native American community and its supporters.  70 sacred Hopi Indian masks were auctioned off at the Drouot Auction house.  $1.2 million dollars were generated for owners and auctioneers from the sale of the masks.  One woman sympathetic to the cause yelled during the auction “this is not merchandise, these are sacred beings!” (LA Times).  According to the Associated Press, the auction proceeded after a French Court denied requests of the Hopi tribe and the U.S. Government to disallow it.  The court’s view was that U.S. laws that govern sales of Native American objects are not enforceable in France.  Even with the French court’s ruling, W. Richard West of L.A.’s Autry National Center of the American West did not believe U.S. law would accomplish the goals of the U.S. and Hopi’s regardless of its applicability.  West said that the sale would likely be legal because the Native American Graves Protection and Repatriation Act, restricting ownership of human remains, funerary and religious objects, as well as some other cultural artifacts, only controls federally funded institutions.  The Hopi masks however were privately owned and sold.  West did add that the situation was “unfortunate” (LA Times).  Additionally, while conceding that the law may not help the Native American tribe in this situation, West believes that the Native American Graves Protection and Repatriation Act has made auction houses somewhat more cautious and sensitive to the sale of Native American artifacts.

In terms of international law, a UNESCO convention in November of 1970 was adopted to discourage the looting of antiquities and cultural artifacts.  However, these Hopi artifacts were believed to have been brought over to France from a Northern Arizona reservation in the 1930’s and 1940’s.  Unfortunately it seems that not much can be done to heal the hearts of the Hopi and their supporters from the sacrilegious sale of their spiritual artifacts.  Should there be some sort of international retroactive convention to solve this problem? Is there anything else that can be done?