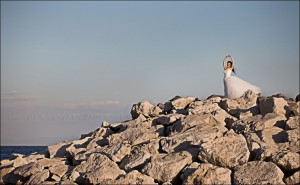 On September 3, 2013, European Court of Human Rights delivered its opinion and judgment on Gülizar Tuncer Güneş’ case.  ECHR held that Article 187 of the Turkish Civil Code which bars women from solely keeping their maiden name after marriage is in violation of international law pursuant to Article 14 of the Convention for the Protection of Human Rights and Fundamental Freedoms (hereinafter referred to as “the Convention”) in conjunction with Article 8.  Article 187 of the Turkish Civil Code reads as:

Married women shall bear their husband’s name.  However, they can make a written declaration to the Registrar of Births, Marriage, and Deaths on signing the marriage deed, or at the Registrary of Birth, Marriages and Deaths after the marriage, if they wish to keep their maiden name in front of their surname…

On May 9, 2007, she filed a suit regarding her request to use only her maiden name before the Şişli Court of First Instance.  However, the court dismissed her action pursuant to Article 187.  She then appealed the judgment but the Court of Cassation affirmed the lower court’s decision.  Ultimately, she brought this action against the Republic of Turkey before the European Court of Human Rights.

She claimed that the Turkish laws forcing her to take her husband’s surname is unconstitutional and violates Article 8 of the Convention which provides the right to respect for private and family and Article 14 of the Convention which prohibits against discrimination.  According to Ms. Güneş, the law stating that married men can keep solely their maiden name after marriage but not married women constituted discrimination based on sex.

She further argued that the Article 187 conflicts with the Turkish Constitution which reads as:

All individuals shall be equal before the law without any distinction based on language, race, color, sex, political opinion, philosophical belief, religion, membership of a religious sec or other similar ground.  Women and men shall have equal rights.

After hearing both sides of the case, ECHR ruled in favor of Ms. Güneş finding that there was a violation of Article 14 of the Convention in conjunction with Article 8. The court awarded Ms. Güneş non-pecuniary damages, which amounts 1,500 euros and legal fees, and expenses which amounts to 3, 030 euros.  In reaching its decision, the ECHR have relied on the precedent, Ünal Tekeli v. Turkey, No.29865/96, §§ 17-31, ECHR 2004-X (extracts).  The ECHR further found that the plaintiff’s complaint about Turkey failing to make the necessary amendments to the domestic law as justifiable in light of the stated precedent above.

Putting aside the fact that Ms. Güneş is probably satisfied with the ultimate decision on her case, what do you think the consequences of such law would be within our daily lives?  What kinds of problems might possibly occur due to the use of different surnames in the family institution?  When it comes to naming the child, whose surname should be used?  Does it make it more or less equal if you were required to use your husband’s or your wife’s maiden surname?