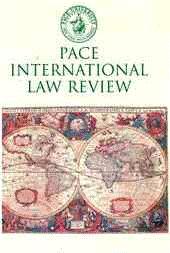 In the realm of American jurisprudence, little draws more excitement or controversy than the role of federal judges in our constitutional order.  Yet, at the same time, the scholarly literature has not settled upon a singular descriptive device to explain how federal judges actually carry out this role.  In broad strokes, current academic commentary appears to be divided on the issue of whether fidelity to the law or fidelity to political ideology largely determines how judges decide cases.  This division, however interesting it may be, should not be afforded the luxury of being examined on a level playing field.  Given the fact that the federal judiciary’s existence as a matter of first principles is usually justified by its unique ability to be guided by legal principle over popular pressure, those who subscribe to the political view of judging should have the burden of persuasion.  The object of this article, then, is to render that burden a bit more onerous by offering a novel method for thinking about how legal doctrine constrains judges in deciding cases.

This novel method takes the form of a hypothesis and posits that the precise rhetorical form of the standard of review impacts how judges import non-legal sources into their opinions.  That is, I contend that the standard of review, through its rhetorical posture, serves as an institutional boundary that depicts how far the law is willing to go to recognize the reality of other disciplines by using, or avoiding, vocabulary that is readily accessible by these disciplines.  In sum, legal vocabulary matters and it matters because it grants permission, or not, for judicial consideration of a specific type of non-legal source in coming to a legal conclusion.

Although I focus on American caselaw in order to substantiate my hypothesis, I can see no apparent reason why its underlying dynamic must be limited to the American experience.  In other words, this hypothesis can be explored within the context of other legal systems that take the rule of law seriously, yet realize that the law rests in harmony with other disciplines.