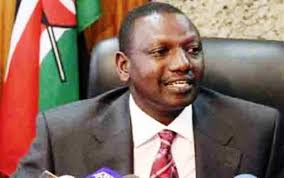 Kenya’s Deputy President, William Samoei Ruto is being held accountable for the 2007-2008 post-election violence that occurred. Ruto is considered one of people who planned the crimes against President Kibaki’s supporters. The International Criminal Court is charging him with being criminally responsible as an indirect co perpetrator according to the Rome Statute article 25(3)(1)(a). The charges include murder (article 7(1)(a)), deportation/ forcible transfer (article 7(1)(d)), and persecution (article 7(1)(h).

The most recent issue in the case of Prosecutor v. William Samoei Ruto is what is the correct interpretation of Article 63(1) of the court statute.  The statute deals with the absence of an accused person from attending trial. The statute questions when and if it is permissible for an accused person to be excused from being physically present at trial. Mr. Ruto asked for permission to be excused from the criminal proceedings against him at The Hague.

On June 18, 2013, the Trial Chamber  allowed for Mr. Ruto to be excused from many parts of the trial. They granted his request to be excused and not physically present at the proceedings. The Appeals Chamber disagreed. The ICC President Judge Sang-Hyun Song said, “The absence of the accused can only take place in exceptional circumstances and must not become the rule.” The Appeals Chamber felt that the Trial Chamber’s decision was too broad. The Appeals Chamber said that the court should look for alternative means before they allow for the accused to miss significant parts of the trial against them. Some of these methods could include changing the schedule to enable the accused to attend, and an adjournment. The Appeals Chamber felt that a blanket excusal before the start of the trial is improper and instead, the court should be able to accept or deny each specific request of excusal by Mr. Ruto.

Should there be a blanket exception that allows an accused to be excused from the proceedings? Was the Appeals Chamber correct in reversing the prior decision? Should Mr. Ruto be required to attend all of the proceedings in The Hague?